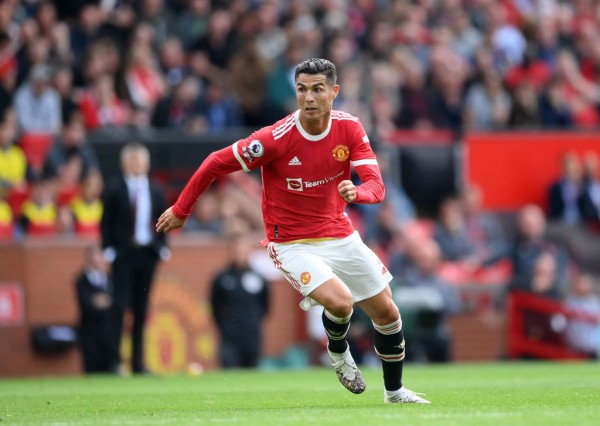 MANCHESTER, ENGLAND – Cristiano Ronaldo of Manchester United in action during their Premier League match against Newcastle United at the Old Trafford on September 11, 2021 in Manchester, England. (Photo : Laurence Griffiths/Getty Images)

Matchday 4 of the 2021-22 Premier League season is done and dusted, with three teams soaring to the top of the table after this weekend’s matches. Manchester United, Chelsea, and Liverpool remained unbeaten to start the season, recording emphatic victories over Newcastle United, Aston Villa, and Leeds United, respectively.

Cristiano Ronaldo made a dream start in his second debut for Manchester United, scoring twice in the Red Devils’ comprehensive 4-1 win over Newcastle United on Saturday. The 36-year-old superstar showed why United spent €23 million to get him back from Juventus, tapping in the opening goal in the first-half injury time after Freddie Woodman spilled Mason Greenwood’s shot.

Newcastle battled back, though, with Javier Manquillo scoring the equalizer in the 56th minute. That joy for Newcastle was short-lived, though, as Ronaldo restored United’s advantage with a fine left-footed strike in the box in the 61st minute after a fantastic through ball by Luke Shaw.

Bruno Fernandez and Jesse Lingard joined the goal-scoring parade in the game’s final 10 minutes to give United their third season victory and hand Ronaldo a winning start in his return.

Related Article: Jean-Pierre Adams Dies at 73 After Spending 39 Years in Coma Due to Botched Knee Operation

Romelu Lukaku finally achieved his lifelong dream of scoring at Stamford Bridge, netting twice in Chelsea’s 3-0 win over Aston Villa on Saturday. Lukaku opened the scoring in the 15th minute, firing past Jed Steer with a clinical finish through the Villa goalkeeper’s legs after receiving an inch-perfect pass from Kovacic inside his own half.

Kovacic doubled Chelsea’s advantage in the 49th minute before Lukaku sealed the victory in the second half injury time with a powerful strike from the edge of the box. With the win, the Blues moved up to second in the league table, in level on points and goal difference with the Red Devils, who are just ahead by virtue of their goals scored.

The Blues reached a significant milestone as well with the win as they became just the second team in Premier League history to grab 600 victories in the competition.

Liverpool joined Chelsea and Manchester United at 10 points later on Sunday after beating Leeds United, 3-0. In the win, Mohamed Salah starred for the Reds, scoring his 100th goal in the English top-flight to give Liverpool the early advantage.

Fabinho doubled Liverpool’s advantage in the 50th minute before Sadio Mane sealed the win with a late strike in the second half injury time. The Reds’ victory came at a huge price, though, as teenage midfielder Harvey Elliott dislocated his ankle after a sliding challenge from Pascal Struijk, who was sent off because of the incident.