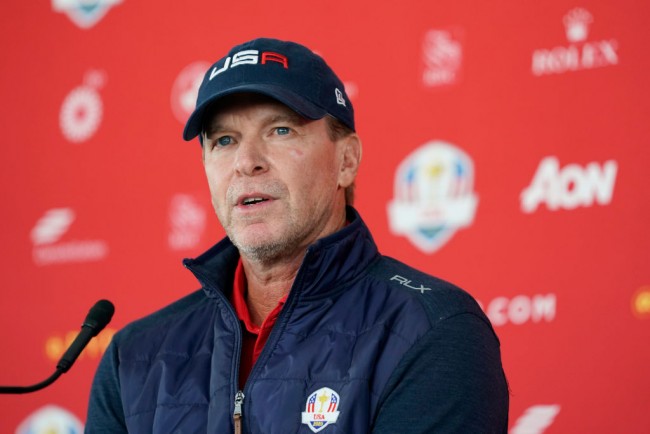 The Americans are desperate to regain the Ryder Cup on home soil after suffering a humiliating 17.5-10.5 defeat against Team Europe at the Le Golf National in Paris three years ago. Stricker has built a team whose main strength is driving distance, a weapon he hopes the United States will utilize immensely at the vast expanse of Whistling Straits in Kohler, Wisconsin.

When making his captain’s picks, Stricker went with the in-form guys, with five out of his six selections in the top 12 of USA’s final Ryder Cup standings. Patrick Reed was the only player in the top 12 of the final standings to miss out, with Stricker choosing young star Scottie Scheffler instead.

Stricker going with Finau, Schauffele, and Spieth was straightforward. Those three players were absolute locks because of their significant team format experience and high Ryder Cup standings.

Finau vaulted up the standings with an impressive victory at the Northern Trust a couple of weeks ago. He could have earned an automatic spot with that win, but Patrick Cantlay stole his thunder with a victory at the BMW Championship a week later. Finau played well in his Ryder Cup debut three years ago, posting a 2-1-0 record in Paris, and he is expected to be one of the key guys again because of his length off the tee.

Schauffele’s only victory this year came at the Tokyo Olympics, but he has been consistent throughout this season, carding six top-10 finishes. On the other hand, Spieth loves playing in the Ryder Cup, posting a 7-5-2 record in three previous appearances. After several down years, he has bounced back strongly this season, posting nine top-10s, including a victory at the Valero Texas Open.

English, Berger, and Scheffler made the cut after recording strong results at the end of the 2021 season. All three golfers are in the top seven in strokes gained in the PGA Tour over the past three months.

English solidified his spot in the team with a fantastic run during the summer, finishing third, first, and fourth during a four-tournament span, with his victory coming at the Travelers Championship. Berger has been a model of consistency as well, recording five top-10 finishes since May. Scheffler is not scared of big events, recording three top-10s this year at the four major championships.