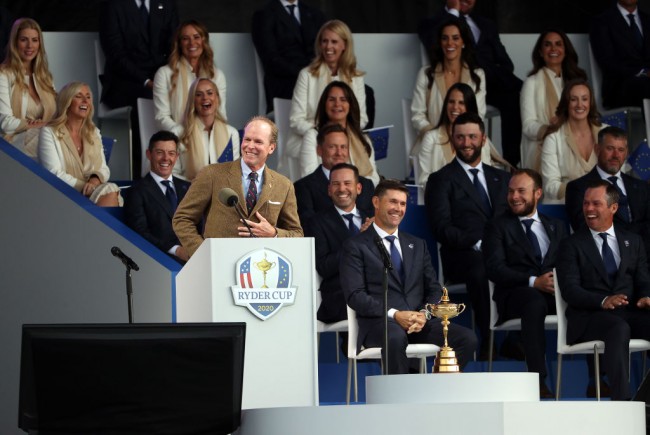 The 2021 Ryder Cup is finally upon us, with captains Steve Stricker and Padraig Harrington revealing their pairings for Team USA and Europe in Friday’s opening foursomes at Whistling Straits. The opening match of this year’s Ryder Cup promises to be a blockbuster, with Europe’s Jon Rahm and Sergio Garcia squaring off against the American duo of Justin Thomas and Jordan Spieth. All four golfers are major champions, with both captains opting to put their best players out on the golf course immediately.

Garcia has been a force to be reckoned with in the Ryder Cup, amassing a total of 25.5 points in this competition, the highest in the event’s history. Garcia’s points total is equal to that of the entire US team combined. Harrington hopes Garcia can strike a wonderful pairing with his Spanish compatriot Jon Rahm, the reigning US Open champion and the world’s no. 1 golfer.

However, Rahm and Garcia will have their work cut out for them against Thomas and Spieth, who were a brilliant pairing for the United States in the 2018 Ryder Cup. They were among the few bright spots for the Americans in that 17.5-10.5 loss to Europe in Paris, with Spieth and Thomas winning three of their four matches together in that edition of the Ryder Cup.

Match No. 2 promises to be a humdinger as well, with Europe’s Viktor Hovland and Paul Casey facing the American pairing of Dustin Johnson and Collin Morikawa. The third match of Friday morning’s foursomes features four-time major champion Brooks Koepka and Ryder Cup veteran Lee Westwood. Koepka will team up with Daniel Berger for the United States, while Westwood will pair up with Matt Fitzpatrick on the European side.

McIlroy and Poulter take on rookies Cantlay and Schauffele

The Europeans will bookend the morning session with the veteran duo of Rory McIlroy and Ian Poulter. Standing in their way in the final match is the talented American pairing of Patrick Cantlay and Xander Schauffele, both of whom are Ryder Cup rookies.

Cantlay and Schauffele are playing some excellent golf at the moment, winning the FedEx Cup and the Olympic gold medal, respectively. They showed their mettle at the Presidents Cup two years ago, going 2-0 together in the foursomes of that event. Stricker is confident they can replicate that successful pairing for the United States in this year’s Ryder Cup.

However, the Europeans will fancy their chances of clinching a point in that match, given the experience of McIlroy and Poulter in the Ryder Cup. McIlroy and Poulter paired together in Paris three years ago, winning one of their two foursomes matches.

Are You Dating a Chatbot? Know the Reality of Dating Apps