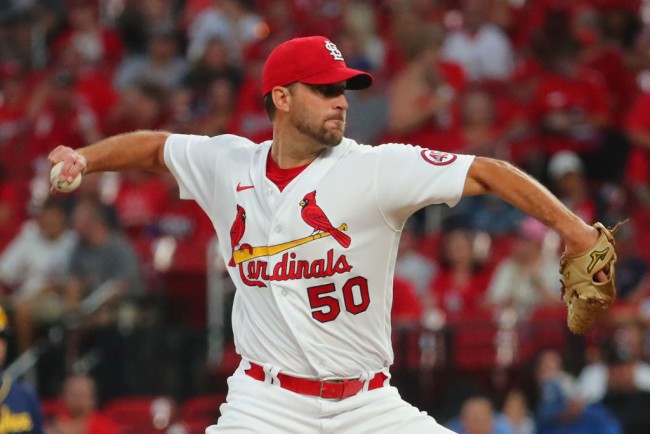 St. Louis manager Mike Shildt is turning to an old reliable for the Cardinals’ biggest game of the year. He named Adam Wainwright as the Cards’ starter for Wednesday’s National League Wild Card game against either the San Francisco Giants or the Los Angeles Dodgers.

Shildt sang Wainwright’s praises before St. Louis’ game on Thursday, telling reporters that “he gets better as the game goes, he goes deep in games, he’s a big-game pitcher.” The 40-year-old right-hander has shown this season that he still can get it done for the Cardinals, posting a 17-7 record with a solid 3.06 ERA.

Wainwright has been superb of late, winning 10 of his last 11 decisions this season with 11 quality starts during that stretch. Wainwright is no stranger to the playoffs, making 28 postseason appearances throughout his MLB career. He famously earned the save in the Cardinals’ World Series clincher in 2006 against the Detroit Tigers.

Wainwright held first-place Milwaukee to just two runs in six innings in his most recent start on Tuesday. He will have a full week’s rest before the Wild Card Game, a necessity given Wainwright’s age and workload this season. He has thrown 206 1/3 innings for St. Louis this year.

Wainwright will make history in that contest as he will become the oldest pitcher to start a Wild Card Game at 40 years and 37 days. His possible opponent that day won’t be lacking in experience, with Dodgers manager Dave Roberts saying that Max Scherzer will be their starter for that game. The Dodgers currently hold the top wild card spot in the National League as they trail the San Francisco Giants in the West division.

The Cardinals are the hottest team in the majors right now, winning 18 of their last 19 games. They won 17 in a row at one point, helping them secure the second wild card spot in the National League with time to spare. They managed to barge into a playoff position despite their record being below the .500 mark as recently as August 8. At that time, the Cards were given less than a 3.0 percent chance of making the playoffs.

The Cardinals have now grabbed a postseason berth 31 times, and they will be looking to win the World Series title for the 12th time in their franchise history. Only the New York Yankees have won that coveted trophy more often. The Cardinals have now made the playoffs 15 times in the past 22 seasons, dating back to the 2000 campaign.