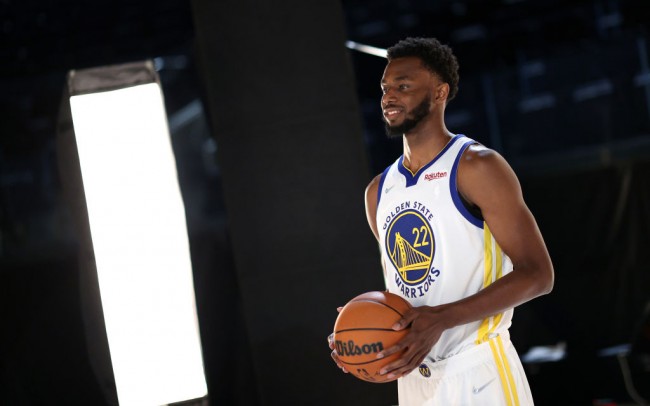 Andrew Wiggins is opening up about his decision to get a COVID-19 vaccination, telling reporters on Monday that he was forced to take the jab to continue his playing career in the NBA. Wiggins admitted that it was a tough decision, saying, “The only options were to get vaccinated or not play in the NBA. Hopefully, it works out in the long run and in 10 years I’m still healthy.”

Wiggins’ decision to get the vaccine comes after the NBA recently declined his application for an exemption based on religious grounds. Wiggins’ vaccination status has been a thorny issue within the Warriors organization after the San Francisco Department of Public Health required persons age 12 or over to be vaccinated before attending indoor events.

That mandate will also apply to Warriors players starting October 13, with all of them needing to show proof of vaccination before being allowed entry into Chase Center. The only way players can avoid this requirement is if they are given an approved medical or religious exemption.

Unfortunately for Wiggins, his request for such an exemption was denied by the league. With the start of the NBA season just weeks away and preseason games already underway, Wiggins decided to take the plunge and get vaccinated. He opted to get the one-dose Johnson & Johnson shot, allowing him not to miss any practice time for the Warriors and be fully vaccinated ahead of their home opener against the LA Clippers on October 21.

Wiggins went into further detail about his vaccine hesitancy, saying he had a scary allergic reaction a couple of years ago, resulting in him always carrying an EpiPen. Wiggins said that he was scared of what the COVID-19 vaccine will do to him in 10 years, saying he knows a lot of people who get injuries or reactions from getting the shot.

Wiggins acknowledged that he is dealing with some chills and body aches after getting the vaccine, but that did not deter him from making an impact in the Warriors’ preseason opener against the Blazers. Wiggins scored 13 points in 16 minutes of action in Golden State’s 121-107 win over Portland.

Wiggins said he is the only member of his family to get the jab, telling the media that getting vaccinated is not something they believed in as a family. They understood his decision, though, to get the shot, saying, “I’m trying to do something that will generate as much money as I can for my kids and my future kids, [create] generational wealth.”

Unvaccinated NBA players face steep fines for each game they miss this coming season, based on a recent agreement between the league and the National Basketball Players Association. That forced Wiggins’ hand in the end, saying, “I took the gamble, took the risk, and hopefully, I’m good.”