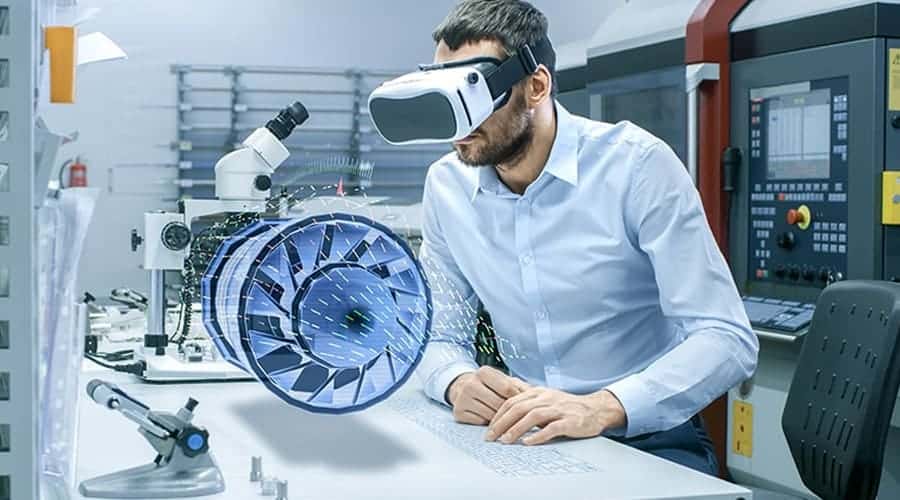 Analytics Insight predicts the AR and VR in manufacturing to hit US$2.8 billion by 2023. Augmented reality (AR) and virtual reality (VR) have transitioned over the past decade from a gaming-only technology to a toolset that can be used to supplement and enrich the jobs of the frontline workers. Investment companies state that the global AR and VR market will grow from US$3 billion in 2020 to US$28 billion by 2025, as technology expands and related cost declines. By 2030, 23 million jobs will be using AR and VR in one way or another for training, meetings, and customer service as per PWC.

43% of manufacturing companies say VR will become mainstream in their organization within the next three years. An additional 38% believe it will be mainstream in three to five years according to Capgemini.

As per Forbes, AR development statistics for 2020 reveal that AR companies are working on industrial applications (65%) rather than consumer software.

Augmented and virtual reality will play a vital role in the future of manufacturing operations, and the speed of its adoption will be directly proportional to the complexity of the products and processes where it will be used.

Industry 4.0 leverages both the Internet of Things-based devices and cloud-based computing, using AR and/or VR for an enriched and immersive experience, enabling enterprises to react faster. Armed with high-quality information, the resulting actions help to achieve Industry 4.0 benefits associated with speed, accuracy, clarity, and in some cases, innovation.

Virtual reality (VR) and augmented reality (AR) are ready for business and some of the biggest opportunities to exploit these technologies lie in industrial manufacturing and design. PwC research reveals the use of VR and AR in product and service development could deliver a US$360 billion GDP boost by 2030.