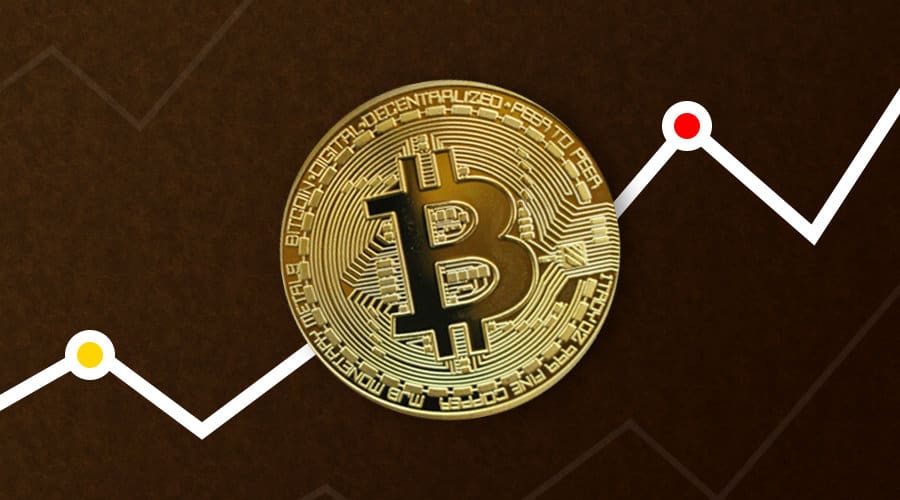 Bitcoin to infinity! Yes, that will be the limit of BTC sooner or later. But for now, the world’s largest cryptocurrency is staging a tough fight to break its long stood resistance of US$100,000. Between October last week and November first week alone, bitcoin price made two record highs because of Bitcoin ETF’s debut in New York Stock Exchange (NYSE). The bitcoin upgrade that is to take shape in 2022 will also contribute to the digital token’s ongoing growth. Therefore, experts predict that bitcoin has the potential to break its resistance even before 2021 ends.

The current bitcoin trend is not so impressive. However, the cryptocurrency managed to touch US$68,000 in November for the first time despite all the setbacks it has faced in the past few months. After its previous record-high in mid-April 2021, bitcoin was constantly hit by negative impacts. First, Elon Musk, the biggest driver and influencer of BTC, announced that his company won’t accept bitcoin payment owing to the environmental damages it is causing. Following this, China also came out to impose a BTC mining ban that eventually spiraled as a blanket ban on cryptocurrency. These factors drastically impacted the bitcoin price and pushed it to touch a death cross. Fortunately, bitcoin made its comeback last month and gave hope to investors who thought the BTC era was over.

After the energy consumption remarks, bitcoin miners and the community as a whole are working to address the concern. Many bitcoin miners, especially publicly-traded ones, have already started taking measures to make the mining process greener. On the other hand, the cryptocurrency has also come up with a BTC upgrade to improve efficiency and speed while also countering environmental damages. Other factors driving BTC price are listed as follows.

The supply of a product or an asset plays an important role in driving its price. For example, gold and diamond are seen as precious metals solely because of their demand and the work it takes to find them. Similarly, BTC was also launched with a bar to counter inflation. The cryptocurrency’s protocol allows BTC to be mined at a fixed rate, which will eventually slow down over time. The process is called bitcoin halving. It happens roughly every four years. The recent bitcoin halving took place in 2020. Besides, the total supply of BTC is capped at 21 million. Already, 18 million of them are in circulation. According to predictions, all BTC’s will be mined by 2140 and the scarcity and supply demands will directly impact bitcoin’s price.

Institutional Investors and Bitcoin as Every Day Payment Model

The next big thing in the cryptocurrency market is institutional investments. Already, many businesses and organizations are adding value to their BTC portfolio with the hope that it could give an edge to them. Recently, MicroStrategy, a business analytics company, converted US$425 million worth of cash in its treasury to BTC. Besides, many companies are also gearing up their game by paying their employees with bitcoin.

On the other hand, bitcoin has evolved to become the major payment model in 2021. Its inclusion in PayPal has opened the door for users to buy, sell, hold, and accept BTC and other cryptocurrencies as a form of payment. People who used to invest in gold are also trying their hand on BTC with the hope that the digital token has a better growth rate than metal.

While these factors are contributing to close-term price improvement, the technical aspect of BTC is also something to keep a tab on. A study by the US Federal Reserve found that technical analysis in the foreign exchange market worked during the 1970s and 1980s, but declined in the 10990s as information flow improved. Similarly, bitcoin is also in the first decade of its existence and its technical evolution could also contribute to its value surge in the future.

Bitcoin Taproot, a Much Anticipated Upgrade

Bitcoin announced its Taproot upgrade this week. It is one of the important changes that the digital token will undergo in its life cycle. This is the most significant upgrade that BTC will experience after its ‘SegWit’ or ‘Segregated Witness’ update back in 2017. Taproot upgrade will introduce a new digital signature scheme called ‘Schnorr,’ which will give an edge to BTC in the smart contract field. Besides, it also executes more complex transactions, potentially widening the virtual currency’s use cases and making it a little more competitive with ethereum for processing smart contracts.