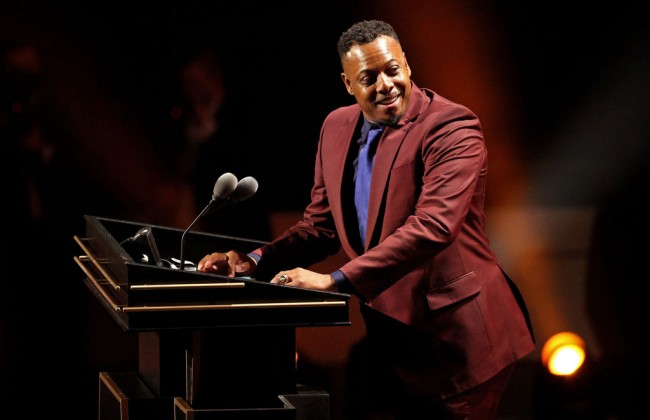 Four legends of the Boston Celtics joined the Naismith Memorial Basketball Hall of Fame on Saturday night, with Paul Pierce, Bill Russell, Mike Gorman, and Ray Allen each honored in a different capacity in the 2021 enshrinement ceremony.

Of course, taking center stage was Russell, who was finally inducted into the Hall of Fame as a coach after being enshrined as a player back in 1975. Russell became just the fifth individual to be inducted as both a player and a coach, joining John Wooden, Lenny Wilkens, and former Boston teammates Tommy Heinsohn and Bill Sharman.

Russell an icon for black coaches in the NBA

Even though Russell’s coaching career lasted just eight seasons, his legacy as a coach will stand the test of time. He broke racial barriers in 1966, becoming the first Black head coach in the history of professional sports in the United States.

The start of Russell’s coaching career wasn’t easy by any means as he was still a Celtics player at that time, but he handled both roles superbly, winning two championships with Boston during the three seasons he served as player-coach.

Pierce earned a spot in the Hall of Fame thanks to his stellar 19-year NBA career, 15 of which he spent with the Celtics. He garnered 10 All-Star nods, four All-NBA selections, and an NBA Finals MVP after leading Boston to its 17th title in the 2008 season.

Pierce remains among Boston’s leaders in just about every significant statistical category. He is ranked third in minutes played, second in points scored, fifth in assists, seventh in rebounds, first in steals, fourth in blocks, and first in 3-point field goals, an unbelievable accomplishment given there are plenty of Hall of Famers who suited up for the Celtics before.

NBC Sports Boston‘s Mike Gorman, a longtime Celtics color commentator, was also recognized Saturday night. Gorman was inducted into the Hall of Fame’s media wing after receiving the prestigious Curt Gowdy award for his crucial role in electronic media over the last 40-plus years.

The 2018 Hall-of-Fame inductee Ray Allen, who was part of the Celtics’ last championship team in 2008, was recognized again, this time for his good deeds outside the basketball court. The two-time NBA champion was one of three recipients of the 2021 Mannie Jackson – Basketball’s Human Spirit Award. Allen was feted for his great humanitarian efforts, particularly for his work with the Ray of Hope Foundation.

How does Quora use Artificial Intelligence and Machine Learning?