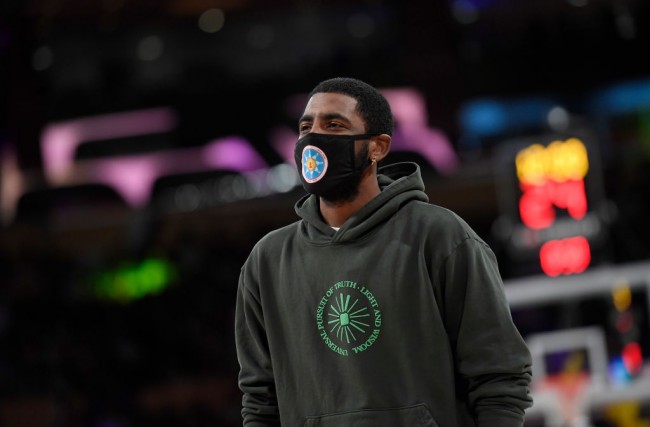 The Brooklyn Nets will be missing one of their key members this coming 2021-22 NBA season after they decided to send Kyrie Irving away from the team because of his non-compliance with New York City’s COVID-19 vaccine mandate.

On Tuesday, the Nets made the announcement with general manager Sean Marks telling reporters during a virtual news conference that Irving’s decision not to get vaccinated left the Brooklyn organization no choice but to move on without him until he can fully participate.

Letting Irving go a tough decision for the Nets

Marks admitted that sending Irving away was a tough decision for the Nets, saying, “My job here is to make what we deem as the best decision and best choices for the organization moving ahead as a whole. They’re not always ones that are going to be met with open arms and a thumbs-up.”

Marks released a statement on behalf of the Nets at 11 a.m. ET on Tuesday, stating that Brooklyn had decided not to allow Irving to have “part-time availability” for the coming season. The Nets made it clear, though, that Irving would be welcomed back to the team once he complied with the city’s vaccine mandate.

New York City’s vaccine mandate went into effect last month, stating that anyone entering an indoor gym must have had at least one COVID-19 shot. Barclays Center and Madison Square Garden, the home venues of the Nets and the Knicks, are among the facilities mandated to enforce that ruling.

That put the Nets in an awkward position, with Irving firm on his stance not to get the COVID-19 vaccine. New York City’s mandate would have resulted in Irving missing 43 regular-season games, 41 at Barclays, and two at MSG. Irving had already missed Brooklyn’s two preseason outings at home, costing him around $380,000 per game.

Marks and Tsai made the final decision regarding Irving

Reporters asked Marks whether Kevin Durant and James Harden were consulted with the decision given their close relationship with their Big Three colleague. Marks said that everyone in the organization was aware of the developments regarding Irving, but ultimately he and owner Joe Tsai were the ones who made the decision, a choice they felt was the right move for the Nets at this time.

They wanted to avoid the circus that Irving would bring if he was allowed to suit up for the Nets on their road games. Irving’s uncertain status had engulfed the Nets since the start of their training camp, with head coach Steve Nash clueless about his star point guard’s situation.

With the matter resolved and Irving out of the team’s roster, for the time being, the Nets can now move ahead and plan their upcoming campaign with the vaccinated players in their lineup. They still have one of the strongest teams in the NBA this season, with former league MVPs Harden and Durant leading the way.

Top Multi Cryptocurrency Wallets To Keep An Eye On In 2021