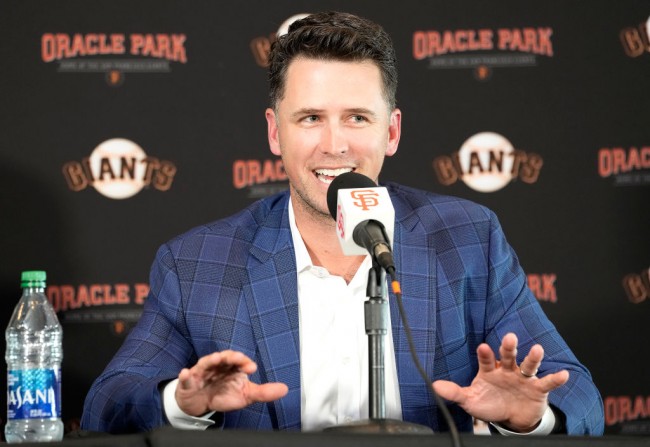 Buster Posey has decided to call time on his illustrious 12-year baseball career. The 34-year-old made the formal announcement on Thursday, signaling the end of a career which featured three World Series championships with the San Francisco Giants.

The veteran catcher’s decision caught many off guard as he was coming off one of his best seasons in the majors. He batted .304 with 18 home runs and a .889 OPS in 2021, leading San Francisco to its first National League West title since 2012, with the Giants winning a franchise-record 107 games.

Posey had a $22 million club option for the 2022 season, but he opted to sacrifice that money in the end, citing health concerns and his desire to spend more time with his family. Posey told reporters that he is retiring because he wants to be able to do more stuff with his family from February to November.

Posey said, “Physically, it’s much harder now, and to be honest, it’s hard to enjoy it as much when there’s physical pain that you’re dealing with on a daily basis.” Injuries had taken their toll on Posey, who played the most demanding position in baseball as the Giants catcher.

Posey suffered a gruesome left ankle injury in 2011 following a home-plate collision with Scott Cousins. He then underwent a season-ending right hip surgery in 2018. Posey also had problems with concussions throughout his career.

Posey had an inkling before the start of the 2021 season that this would be his last, so he emptied the tank this year like never before. Posey did just that, winning the Sporting News National League Comeback Player of the Year Award in 2021, the second time he has captured that prize in his career.

Posey paid tribute to his family in his opening remarks, thanking his wife Kristen for the love and support throughout his baseball career. He also described being a father to his two sets of twins as the greatest joy in his life.

Zaidi pays tribute to Posey after stellar career with the Giants

Giants president of baseball operations, Farhan Zaidi, sang high praises of Posey in the press conference, saying “The reality of a future without you and your family and how much you meant to us at least on the field has been something for us to all digest.” Zaidi added that even with that mixed feeling, there is a sense of overwhelming gratitude for everything Posey has meant to the Giants organization.