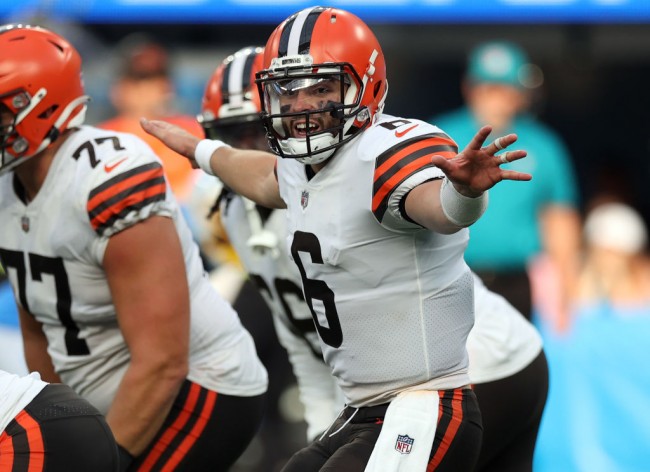 The Arizona Cardinals will head to Cleveland with momentum on their side after beating the San Francisco 49ers in Week 5. Can Kyler Murray continue his stellar play in the Cardinals vs Browns showdown and help preserve Arizona’s perfect record? Check out our preview for a breakdown of this game.

The Arizona Cardinals stretched their unbeaten run to five games with a 17-10 victory Sunday over the San Francisco 49ers. It was another huge victory for the Cards, who improved to 5-0 for the first time since 1974.

Arizona’s defense keyed the Week 5 win, stopping San Francisco four times on fourth down to spoil Trey Lance’s debut as a starting quarterback for the 49ers. The Cardinals limited Lance to just 192 passing yards when he threw no touchdowns and one interception.

Kyler Murray and Deandre Hopkins did just enough on the offensive side of the ball for Arizona to record the victory. Murray completed 22 of 31 passes for 239 yards and a touchdown. Hopkins was Murray’s main target in Week 6, with the star wide receiver catching six passes for 87 yards and a score.

The Cardinals’ high-flying offense finally met its match against the 49ers as San Francisco outgained Arizona in total yards, 338-304. Fortunately for the Cards, their defense stepped up big time in this clash, with JJ Watt recording his best game for Arizona. He came up with a big pass deflection against the Niners in the fourth quarter and got his first tackle for a loss in the opening period.

The Cleveland Browns had their three-game winning streak snapped on Sunday with a stinging 47-42 loss to the Los Angeles Chargers. The Browns had no answer for Justin Herbert, who threw for 398 passing yards and four touchdowns, tying his career-best.

It was a gut-wrenching loss for the Browns, who became the first team in the history of the NFL to lose a regular-season or playoff game when scoring at least 40 points with 500 yards and no turnovers.

The Browns will look to get their season back on track when they take on the red-hot Arizona Cardinals this coming Sunday. For the Browns to record the much-needed victory against the Cards, they will need to execute much better on the defensive end, particularly on late downs. The Chargers went 6 of 13 on their third down opportunities and a perfect 3 of 3 on fourth down chances against the Browns.

The good news for the Browns is that Baker Mayfield’s partially torn labrum in his left shoulder had not affected his offensive production at all. Mayfield was tremendous in the loss to the Chargers, completing 23 of 32 passes for 306 yards and two touchdowns as he went toe to toe with Herbert in the wild shootout.

Mayfield got some help from Nick Chubb, who ran for 161 yards and a score for the Browns. They will look to dissect an Arizona side that’s sixth in the NFL in scoring defense, allowing just 19 points per game this campaign.

Cleveland hands Arizona its first defeat of the season.

Which Crypto can Outperform Bitcoin?