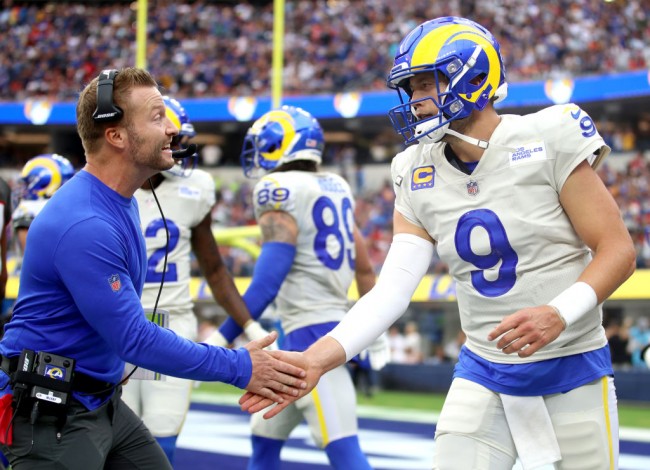 The Arizona Cardinals and the Los Angeles Rams will put their unbeaten records on the line when they square off in a mouth-watering NFC West showdown at the SoFi Stadium this coming Sunday. Which team will emerge with a 4-0 record in this Cardinals vs. Rams clash?

There’s just no stopping Arizona right now. On Sunday, the Cardinals scored 21 unanswered points in the second half to record a come-from-behind 31-19 victory over the Jacksonville Jaguars. With the win, Arizona improved to 3-0 for the first time since the 2015 season.

Byron Murphy starred for the Cards in the Week 3 win, making two interceptions, including one he returned for a pick-six following a botched flea flicker by the Jags. That swung the momentum back in favor of the Cards, who trailed 19-10 at one stage after James Robinson ran for a 4-yard score in the third quarter for Jacksonville.

Kyler Murray was impressive once again for Arizona, completing 28 of 34 passes for 316 yards. A.J. Green recorded his first 100-yard receiving game since 2018, racking up 112 yards receiving against the Jags. Murray and Green will look to dissect a Rams defense that allowed 411 yards through the air in their win over Tampa Bay.

The Los Angeles Rams will head to their showdown with Arizona with momentum on their side after beating the reigning Super Bowl champions at home on Sunday. Matthew Stafford threw for 343 yards and four touchdowns to lead the Rams to a convincing 34-24 victory over the Tampa Bay Buccaneers.

It was bound to happen: Matthew Stafford with a 75-yard BOMB to DeSean Jackson.pic.twitter.com/dX3fdPj9Fv

The Rams will fancy their chances of extending that unbeaten run against the Cardinals as they have fared extremely well against them of late. As Los Angeles’ head coach, Sean McVay has never lost to Arizona in four years, winning eight consecutive games against the Cardinals. During that span, the Rams have outscored the Cards, 251-91, posting a 20-point average margin of victory in those eight meetings.

The Rams have wreaked havoc during that stretch against the Cards’ defense, scoring at least 30 points in seven of their last eight games against Arizona. The Rams’ offense has been firing on all cylinders to start the season, averaging 31.7 points through their first three games, third-best in the NFL.

There’s bad news, though, for the Rams heading into Week 4 as they will be without linebacker Justin Hollins. He underwent surgery to repair a partially torn pectoral muscle after suffering the injury in the win against the Bucs.

He had two sacks and a forced fumble in the Rams’ first three games. In Hollins’ absence, Terrell Lewis, who played 34 snaps against the Bucs, is expected to play an increased role for the Rams.

The Los Angeles Rams win and cover the spread.

Is it Too Late to Invest in Nano Dogecoin? Maybe Yes or Maybe Not