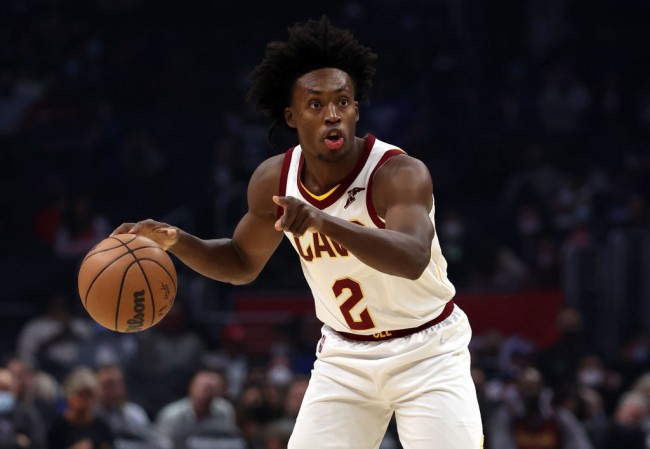 Cleveland Cavaliers starting guard Collin Sexton will be sidelined for the foreseeable future after picking up a knee injury in Sunday’s win over the New York Knicks. The team announced the unfortunate development on Monday with an MRI revealing that Sexton suffered a meniscus tear in his left knee.

Sexton injury takes the shine away from Cavs’ win at MSG

Sexton got injured during the second quarter of the Cavs’ 126-109 victory at Madison Square Garden. According to the Cavaliers, Sexton’s injury will require more testing and evaluation. The Cavs did not announce anything about Sexton having surgery to address his knee issue.

Losing Sexton is a huge blow for the Cavs, who are off to their best start in years, posting a 7-4 record in their first 11 games. Sexton had been a vital part of that success, averaging 16.0 points, 3.3 rebounds and 2.1 assists this season in 28.7 minutes played.

Sexton’s numbers are a far cry, however, from his averages last season. The 22-year-old is averaging career lows in points, assists, and minutes this season with head coach J.B. Bickerstaff opting to give bigger roles to bench players Ricky Rubio and Isaac Okoro. Darius Garland also has blossomed into one of the NBA’s best young point guards, affecting Sexton’s value even further.

Sexton’s injury also may provide a damaging blow to his hopes of landing a huge payday this offseason. Sexton and the Cavs could not agree to terms on a new deal with the 2018 first-round pick seeking a four-year, $100 million contract from Cleveland this past offseason.

Sexton will be a restricted free agent this coming offseason but it is difficult to see other teams offering him the huge contract he desires in a low cap-space environment. His knee injury reduces his leverage further which is a sad development for Sexton, who averaged 24.3 points and 4.4 assists per game for the Cavs last season.

With Sexton sidelined indefinitely, the Cavs are expected to give more minutes to the resurgent Ricky Rubio. The Spanish star stole the show in their latest outing, scoring a career-high 37 points and dishing out 10 assists in the win against New York.

“Ricky Rubio, he the GOAT!”

Darius Garland hyping up Rubio after he dropped 37 Pts off the bench 👏 pic.twitter.com/FLbvu59kKX

Rubio’s performance at MSG even drew praise from LeBron James with the veteran point guard sinking his first eight three-point attempts to stun the home crowd. He shot 13 of 19 from the field against the Knicks, including 8 of 9 from beyond the arc.

Evan Mobley, Jarrett Allen and Garland also scored in double figures for the Cavs, who are in the midst of a four-game winning streak. Mobley scored 26 points while Allen registered a double-double with 18 points and 17 rebounds. Garland added 16 points for Cleveland in the signature win.