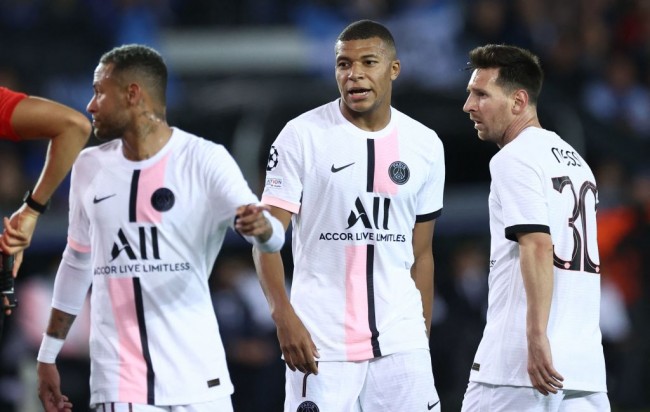 Manchester United absorbed a shock 2-1 defeat to Swiss side Young Boys in their group opener while Barcelona continued their downward spiral with a 3-0 humiliation at the hands of Bayern Munich. On the other hand, Paris Saint-Germain was held to a 1-1 draw by Club Brugge despite having one of the most potent attacking lineups in soccer history.

Red Devils struggle even with Ronaldo in the lineup

The pressure now is definitely on for each one of these teams heading into Matchday 2 of this season’s Champions League. Manchester United fans, in particular, are fast becoming restless after another disappointing showing by their team in this competition.

Not even the return of Cristiano Ronaldo helped the European campaign of United. They have now lost seven Champions League games under manager Ole Gunnar Solskjaer, including each of their last three matches in this competition dating back to last season.

On Tuesday, Barcelona supporters were also up in arms after the Catalans’ one-sided loss to German giants Bayern Munich. Since the 1997-98 campaign, it was the first time that Barcelona lost their opening Champions League group game.

What made this defeat such a bitter pill to swallow for Barca fans was how their side lost, with the five-time Champions League winners not managing a single shot on target against Bayern throughout the 90-minute contest.

Paris Saint-Germain may have salvaged a draw in their group opener against Club Brugge, but it felt like two points lost for a team with Lionel Messi, Neymar, and Kylian Mbappe at their attacking disposal. The formidable trio played for the first time since Messi made his blockbuster move to the French capital from Barcelona, but the result didn’t go according to plan.

Messi and Neymar were not fully match-fit, while Mbappe was substituted early in the second half after a slight injury. The Champions League is the main target of PSG’s wealthy Qatari owners as this is the only silverware missing in their illustrious trophy cabinet.

Despite the Frenchman having just one year remaining in his contract, they have decided to roll the dice and keep Mbappe in PSG’s roster for this Champions League mission. With Mbappe expected to join Real Madrid next year on a free transfer, it is critical for the Parisian giants to win it all this season with their strongest lineup.

It won’t get any easier for PSG in Matchday 2 as they will next face Manchester City on September 28. Manchester United will take on Villareal in their next Champions League group game, while Barcelona will travel to Portugal to face Benfica on September 29.

Top 10 Cryptocurrencies to Buy this Weekend