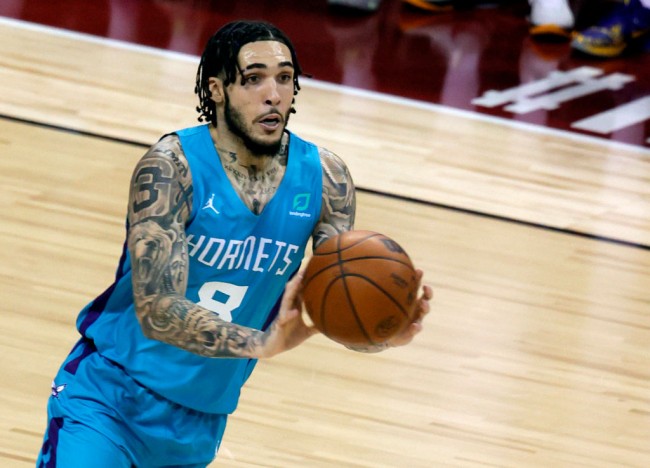 LAS VEGAS, NEVADA – LiAngelo Ball of the Charlotte Hornets passes the ball up the court against the Sacramento Kings during the 2021 NBA Summer League at the Thomas & Mack Center on August 9, 2021 in Las Vegas, Nevada. The Kings defeated the Hornets 80-70. (Photo : Ethan Miller/Getty Images)

LiAngelo Ball’s dream to play with his brother LaMelo in the NBA came closer to fruition after the Charlotte Hornets signed him to a non-guaranteed contract on Thursday. The deal paved the way for Ball to sign with Charlotte’s G League affiliate Greensboro Swarm eventually.

After a solid display for Charlotte in the Las Vegas Summer League, many expected Ball to crack the Hornets’ roster. He balled out in that tournament, averaging 9.6 points, 2.0 rebounds, and 1.6 steals in 17.4 minutes of action across five outings for the Hornets. Ball shot 41.7 percent from deep and had a 16-point game in his Summer League debut.

Ball may not have secured a spot in Charlotte’s lineup for the upcoming 2021-22 NBA season, but he got the next best thing with his new deal. The Hornets signed Ball to an Exhibit 10 deal to make sure they secure his G League rights directly and prevent him from joining the NBA G League draft pool.

The Hornets had not announced their plans to waive Ball in their press release, but a source told Rod Boone of the Charlotte Observer that his immediate future lies with Charlotte’s G League affiliate Greensboro Swarm. With Ball’s new deal, the team can now give him a bonus worth up to $50K if he spends at least 60 days with the Swarm.

The important thing right now for Ball is that he had been given a shot by the Hornets to continue his dream of playing in the NBA. Ball was disappointed not to receive an invitation to be a member of Charlotte’s 20-player training camp roster. The Hornets’ decision to sign Ball, albeit for their G League affiliate, showed that they still value him highly. They see LiAngelo as a possible addition down the road if injuries suddenly engulf their roster.

Among LiAngelo’s supporters in the Hornets organization is head coach James Borrego. The former Spurs assistant praised Ball’s growth during the team’s media day on September 25, saying, “I’m comfortable with LiAngelo and how he played. I thought he got better during that period but we have to make certain decisions here, and I’m comfortable with where we’re at.”

Borrego said Ball performed well in Vegas and played at a higher level than he expected. For now, however, Ball will see action for the Swarm. Ball will team up with Jalen Crutcher and Cameron McGriff, both waived by the Hornets and signed similar Exhibit 10 deals like LiAngelo. The trio should join DJ Carton and Xavier Sneed in the Greensboro lineup, which will be helmed this coming season by first-year coach Jordan Surenkamp.

10 Reasons Why AI is Essential for Your Competitive Intelligence Program