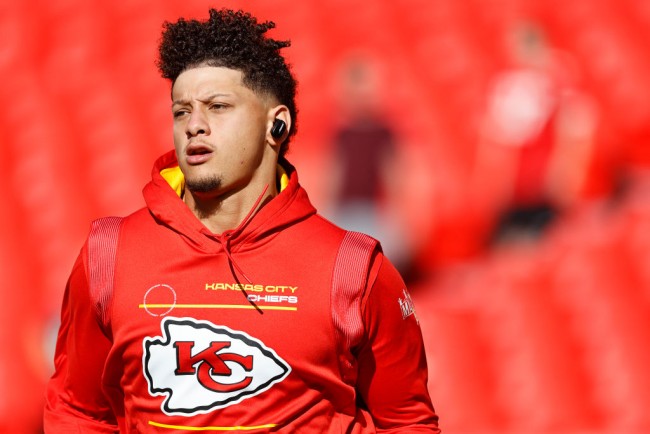 KANSAS CITY, MISSOURI – Patrick Mahomes of the Kansas City Chiefs warms up before the game against the Los Angeles Chargers at the Arrowhead Stadium on September 26, 2021 in Kansas City, Missouri. (Photo : David Eulitt/Getty Images)

A losing skid will end this coming Sunday as the Kansas City Chiefs and the Philadelphia Eagles square off in a battle of 1-2 teams. Here’s our preview of the Chiefs vs. Eagles matchup to see who has the advantage in this showdown between struggling teams.

What in the world is happening to the Kansas City Chiefs? The reigning AFC champions are off to their worst start in the Patrick Mahomes era, losing each of their last two games to go bottom of the AFC West standings. It’s still early days, but the Chiefs already trail the Las Vegas Raiders and Denver Broncos by two games after Week 3, with Kansas City carding a 1-2 slate.

For the second game running, turnovers doomed the Chiefs, with Kansas City committing four of them in the loss to the Chargers. The fourth turnover was the one that broke the camel’s back with Patrick Mahomes throwing an interception late in the fourth quarter with the game tied at 24. The Chargers took full advantage, scoring a touchdown on the ensuing possession to seal a rare road win at Arrowhead.

The Chiefs have now committed six turnovers over the past six quarters, the main reason why Kansas City has a losing record for the first time since Mahomes became the starter in 2018. Mahomes needs to eliminate those mistakes against the Eagles for them to return to a .500 record.

The Philadelphia Eagles have some major injury concerns heading into their Week 4 clash with the Kansas City Chiefs. Left guard Isaac Seumalo has been ruled out for the remainder of the season after suffering a Lisfranc injury on Monday night against the Dallas Cowboys.

The good news for Eagles fans is that Mailata hasn’t been placed on the injured reserve list and would be eligible to play against the Chiefs on Sunday. That’s not the case, though, for Brooks and safety K’Von Wallace who were both placed on the IR.

Only NFL player with an INT in every game this season:

Having a battered offensive line is not great news for Jalen Hurts, who struggled mightily in the game against Dallas. He threw a couple of interceptions against the Cowboys, one of which resulted in a pick-six by Trevon Diggs.

The Eagles were woeful on the defensive end as well, particularly against the run. The Cowboys wreaked havoc against Philadelphia’s defensive line, gashing them for 160 yards on the ground. They will look to limit a Kansas City side that is averaging 107.0 rushing yards per game this season.

Kansas City snaps its two-game losing skid with a 31-17 win over Philadelphia.