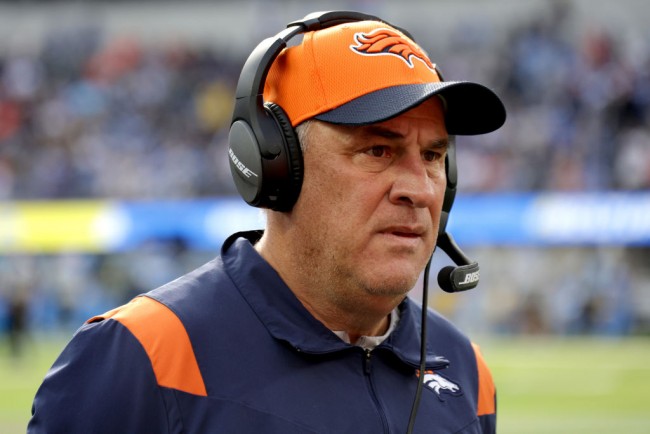 INGLEWOOD, CALIFORNIA – Head coach Vic Fangio of the Denver Broncos walks the sidelines during the game against the Los Angeles Chargers at SoFi Stadium on January 02, 2022 in Inglewood, California. (Photo : Harry How/Getty Images)

The search is on for Denver’s new leader after the Broncos announced on Sunday, January 9, that Vic Fangio has been fired as the team’s head coach. The Broncos decided one day after they finished the 2021 NFL season with an abysmal 7-10 slate, the fifth consecutive year that Denver ended a league campaign with a losing record.

The Broncos have had no luck with their head coaches in recent years. Denver’s coaching problems began after the 2016 season when the Broncos replaced Gary Kubiak, who spearheaded their Super Bowl 50 win over the Carolina Panthers. Kubiak struggled with health concerns at that time, and Vance Joseph replaced him.

Joseph lasted just two years, though, after posting losing records in the 2017 and 2018 seasons. Joseph finished his first year with Denver with a 5-11 slate. His second year was not that much better, with the Broncos ending 2018 with a 6-10 record. It was the first time that the Broncos had lost records in back-to-back years since the 1971 and 1972 seasons.

The Broncos decided to make a fresh start after that debacle, handing over the club’s reins to Fangio in 2018. Fangio signed a four-year contract that year to turn the team’s fortunes around, but unfortunately for the Broncos and their supporters, nothing has changed during his watch.

He started his head coaching stint with a 7-9 record in the 2019 season. The Broncos regressed in the 2020 campaign, finishing with a woeful 5-11 slate amidst the COVID-19 pandemic. They looked to be on their way to a better year in 2021 after starting the season with three straight victories.

They were right in the thick of the AFC playoff race, sporting a 7-6 record after Week 14. The Broncos struggled down the stretch, though, losing their last four games to send Fangio packing. It was not just Fangio who was sacked by Denver’s top brass as the Broncos cleaned house for the team to have another fresh start next season.

Is Bridgewater the answer at QB?

The Broncos must find a long-term solution to the quarterback position. Denver’s defense was not the problem this past season, with the Broncos ranked third in points allowed. The team’s inconsistency on the offensive end was the main concern for the Broncos, with many questioning if Teddy Bridgewater is indeed the franchise quarterback the team has been searching for.