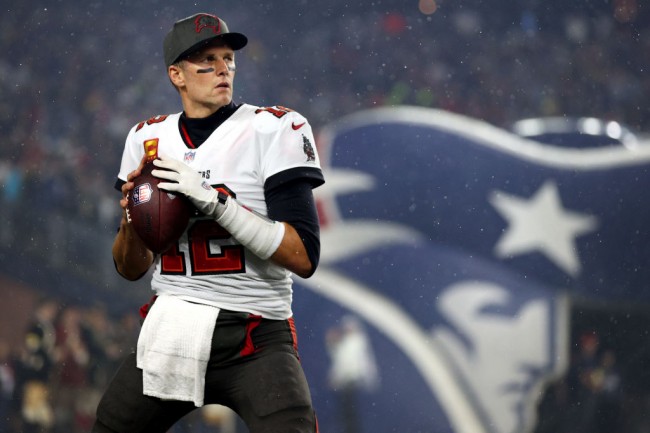 FOXBOROUGH, MASSACHUSETTS – Tom Brady of the Tampa Bay Buccaneers warms up in front of the New England Patriots tunnel before the game between the Buccaneers and the Patriots at the Gillette Stadium on October 03, 2021 in Foxborough, Massachusetts. (Photo : Maddie Meyer/Getty Images)

Fresh off an emotional win over the New England Patriots on Sunday Night Football, Tom Brady and the rest of the Tampa Bay Buccaneers will look to make it two victories in a row when they host the Miami Dolphins in Week 5. Who will prevail in this Dolphins vs Bucs clash?

Things are going from bad to worse for the Miami Dolphins as they stumbled to their third consecutive defeat on Sunday, losing 27-17 to the Indianapolis Colts. Miami’s offense sputtered against Indianapolis, with the Dolphins losing 349-203 in the total yards department and 139-95 on the ground.

Brissett to Parker for the @MiamiDolphins TD! #FinsUp

During that stretch, the game was lost in the second and third quarters, with Indianapolis outscoring Miami, 17-0. The Dolphins were outgained by the Colts, 226-15, during those 30 minutes. Such was their futility on the offensive end that they went a full 30 minutes of game time between first downs.

It won’t get any easier for the Dolphins in Week 5 as the reigning Super Bowl champions are standing in their way. Miami will be without Will Fuller for that contest after the wide receiver injured his hand in the loss to the Colts. He suffered the injury midway through the second quarter when he was the intended receiver of a third-and-6 incomplete pass from Jacoby Brissett.

Tom Brady made a triumphant return to Foxboro on Sunday night, leading the Tampa Bay Buccaneers to a gritty 19-17 victory over the New England Patriots. It wasn’t Brady’s best game by any means, but he did just enough to pull off the win, completing 22 of 43 passes for 269 yards.

Tom Brady just took the field at Gillette Stadium for the first time as an opponent. Crowd was cheering, he did his “LFG,” gave a hug to Josh McDaniels … and away we go. pic.twitter.com/NQtpuRAeyX

Both teams’ kickers decided the low-scoring affair with Ryan Succop delivering the eventual game-winner, kicking a 48-yard field goal attempt with 1:57 remaining that gave the Bucs the lead for good. Nick Folk could have spoiled Brady’s much-anticipated return in the final minute, but his 56-yard field goal attempt agonizingly hit the left post to hand the win to the Bucs.

The victory came at a huge price as the injury bug struck the Bucs once again in Week 4. Their already thin secondary got even thinner after the showdown against the Pats, with cornerback Carlton Davis III suffering a quadriceps injury and Antoine Winfield Jr. going down with a concussion.

Head coach Bruce Arians said it would be difficult for Winfield to clear the concussion protocol in time for the Bucs’ Week 5 game against the Dolphins. Davis III is also out for that clash which is bad news for a Bucs team that is already without cornerbacks Sean Murphy-Bunting and Jamel Dean.

On the offensive side of the ball, Rob Gronkowski is also a major doubt for Sunday’s game against the Dolphins after suffering four fractured ribs and a punctured lung in the Week 3 loss to the Rams.