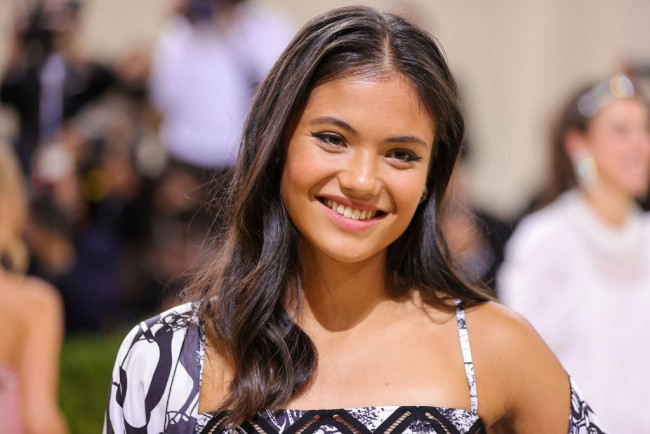 A week after claiming a sensational victory at the US Open, Emma Raducanu has finally reunited with her family in the United Kingdom. Raducanu’s parents, Ian and Renee, could not witness her win in New York due to travel restrictions brought upon by the COVID-19 pandemic and had to settle watching the final on TV.

Photographers captured the dramatic reunion on Thursday with Emma seen hugging her father as she arrived back at their home in Kent. Ian beamed with pride as he raised his daughter’s hand in triumph in front of the press.

Emma Raducanu is reunited with her father as she arrives back home https://t.co/YvaAHAj8D4 pic.twitter.com/TSPaFTffYT

Raducanu delighted to be back home after dream US Open run

Emma spoke to The Telegraph upon her arrival, saying, “It’s a great feeling to be back home. I’ve been away for seven weeks so it’s nice to be back.” Britain’s newest tennis superstar later added that she has no idea what’s next on her agenda and that she’s just enjoying life at the moment.

Raducanu’s life has completely changed after her seven-week stay in the United States, with the 18-year-old now one of the most famous sports stars in the entire world. Raducanu, who first rose to prominence at Wimbledon months ago, where she made the fourth round, captured the imagination of tennis fans everywhere with her fairy tale run at Flushing Meadows.

A month ago, she arrived in New York, ranked 150th in the world, and entered the year’s final Grand Slam tournament as a qualifier. That didn’t hinder Raducanu, who won a remarkable 10 matches in a row at the 2021 US Open (3 in qualifying, 7 in the main draw) to become the first-ever qualifier, male or female, to win a major event.

Raducanu’s victory was no fluke as well as she captured the US Open in style, winning the Grand Slam without dropping a single set to match Serena Williams’ feat back in 2014. Raducanu’s accomplishment was even more impressive given her lower-ranking and that she had to navigate the preliminary rounds as well for an extra three matches.

Raducanu has been the talk of the town ever since her win over Leylah Fernandez in the final. She made several appearances on morning TV shows in the United States and graced the New York Stock Exchange and the prestigious Met Gala with her presence the past few days.

The sky is the limit for Raducanu, who some said will become the first billion-dollar woman in sports. According to publicist Mark Borkowski, Raducanu can unlock those staggering earnings thanks to her tremendous marketing potential around the globe.

Raducanu is a citizen of the world, with her parents coming from Romania and China. Her fluency in the Chinese language makes her an appealing ambassador for brands wanting to crack the lucrative Chinese market. She recently opened a Weibo account with her Mandarin message being viewed a million times by her Chinese fans.