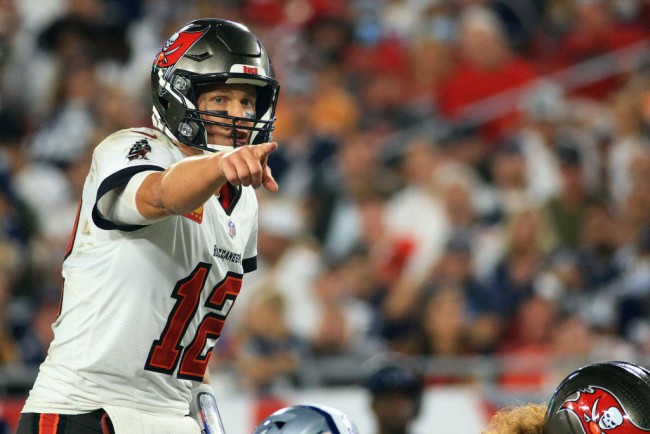 TAMPA, FLORIDA – Tom Brady of the Tampa Bay Buccaneers looks on during the third quarter against the Dallas Cowboys at the Raymond James Stadium on September 09, 2021 in Tampa, Florida. (Photo : Mike Ehrmann/Getty Images)

A divisional showdown will be coming our way this coming Sunday in Week 2 as the Tampa Bay Buccaneers host the Atlanta Falcons at Raymond James Stadium. Can the Bucs extend their winning run from last year, or will the Falcons record a major upset?

Read on below for a breakdown of this NFC South matchup.

The reigning Super Bowl champions survived a major scare on opening night, with Tampa Bay edging past Dallas, 31-29, thanks to a last-gasp 36-yard field goal attempt by Ryan Succop. Trailing by 1 with just 1:24 remaining in the contest, Tom Brady made sure the Bucs would not be humiliated in front of their home fans as he engineered the 49th game-winning drive of his career.

The Bucs will look to sustain the momentum of that narrow win when they take on the Atlanta Falcons this coming Sunday. Brady loves playing against the Falcons as he enters Week 2 with an immaculate 8-0 record against Atlanta. The seven-time Super Bowl champion could become just the sixth quarterback to go 9-0 or better against a single team since 1950; the year starts were first tracked.

Brady has thrown 19 touchdown passes against only three interceptions in his eight career starts against the Falcons. His most memorable performance against Atlanta came in Super Bowl LI, wherein he led the Patriots to a stunning comeback from a 28-3 deficit in the second half.

Brady has started the season in fine form, completing 32 of 50 passes for 379 yards and four touchdowns with two interceptions in the win against Dallas. He will be licking his chops at the prospect of facing an Atlanta secondary that surrendered 261 passing yards and three touchdowns in the loss to the Eagles.

In Atlanta, the Kyle Pitts era started with a whimper as the Falcons suffered an embarrassing 32-6 loss to the Philadelphia Eagles on Sunday. The rookie tight end caught just four passes for 31 yards as he and the rest of the Eagles’ passing attack failed to get going against Philadelphia’s swarming defense.

It didn’t help matters that Matt Ryan had a horrible performance in the Week 1 loss. He was held to just 164 yards passing and was sacked three times as the Falcons’ offensive line was bullied by Philadelphia’s defense all afternoon long. The six points that the Falcons scored against the Eagles were their lowest scoring total in a season opener since 2007.

It won’t get any easier for Ryan and co. against a Tampa Bay side that has one of the best defensive lines in the entire NFL. The Buccaneers also enter this divisional matchup with nine straight wins dating back to last season, including the playoffs, with two of those victories coming at the expense of Atlanta.

That being said, the Falcons will take comfort in the fact that the Buccaneers’ defense was exposed in the win against Dallas, with the Cowboys putting up a total of 451 yards in the season opener.