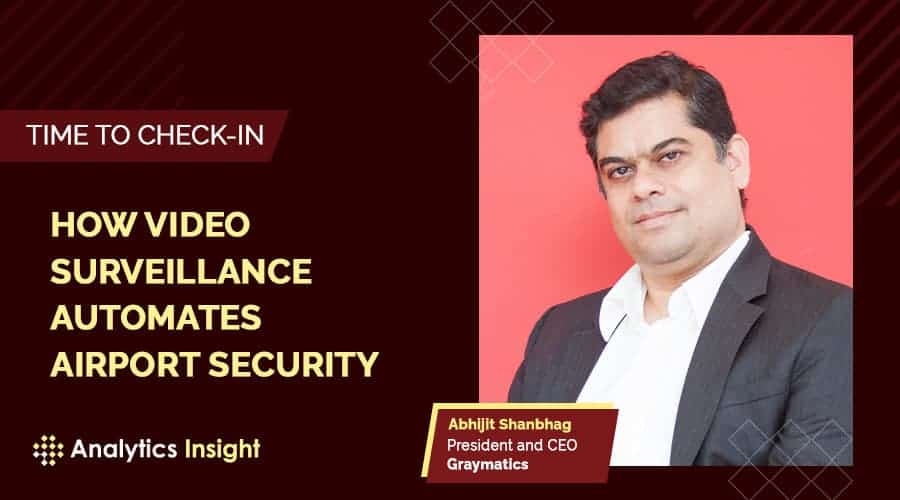 As the hubs of civil aviation, airports are continuously under the scanner. Each day, millions of people travel through airports. In fact, it is the development of the aviation sector and the construction of new airports that have made the world a smaller and more accessible place. However, the incredible benefits offered by airports also make them extremely vulnerable to several security risks. To begin with, airports are massive spaces sprawling over several square miles and housing numerous buildings and multi-million-dollar aircraft. This is where deploying the most cutting-edge visual security solutions becomes a necessity. Terrorists, burglars, smugglers, criminals, and contagions are some of the risks that airport security management has to tackle.

When security cameras came into vogue, airports became one of the early users of the technology as it enabled security teams to keep an eye on vast expanses and areas that would have been normally impossible to monitor. In their conventional format, the CCTV surveillance cameras remain inadequate to counter the modern security risks. However, the emergence of AI-integrated video analytics now offers the ability to transform the security of modern airports.

Video analytics is a disruptive technology that is helping create a dependable, automated, and intelligent surveillance system in airports. Deployment of video analytics minimizes the risk of human error, oversight, and the costs of hiring large teams to monitor the surveillance feed. The near real-time responsive ability offered by the video analytics technologies enables automatic triggering of alerts when suspicious activities, objects, or behaviour is noticed by the surveillance cameras. The technology helps in overcoming the drawbacks of manual security deployment, and also the sensors-based setup.

One of the most important benefits of world-class video analytics solutions is the ability to track people through a video feed that is streamed by hundreds of cameras located at different places across the airport. When one considers the humongous volumes of video content generated at an airport, it becomes quite obvious that even with a human security team deployed to monitor the screens, it is impossible for every movement and behavior of a person to be tracked and analyzed in real-time. This is where video analytics platforms can scan recorded feed for a diversity of criteria such as color, shape, size, speed of an object, or the time spent by a person in one area. The system can be instructed to flag certain actions such as loitering and identifying unattended objects. This can enable one to not only identify a person through facial recognition but also track them throughout the airport if needed. This is extremely helpful in monitoring crowds at airports and identifying criminals or suspects as well as in spot which part of the airport the person might be.

In post-pandemic times, crowd surveillance and management are crucial and this is where the advanced video analytics systems can identify when someone violates the mask adherence or there is overcrowding in a part of the airport terminal. In fact, the top-of-the-line systems would be able to identify violence, a medical emergency or theft, etc.

It is not only the operational capability of the video analytics systems but also their ease of deployment and scalability that makes them an ideal security component for airports. Leading video analytics solutions companies offer centralized management of the system through cloud deployment. Alternatively, on-premises deployment is also possible for clients who want complete control over the data being generated.

Whichever way an airport company might want to deploy it, it is beyond doubt that virtual analytics technology is capable of changing the security landscape for the better in the new normal. And we are set to see the increasing deployment of such solutions in airports all over the world!