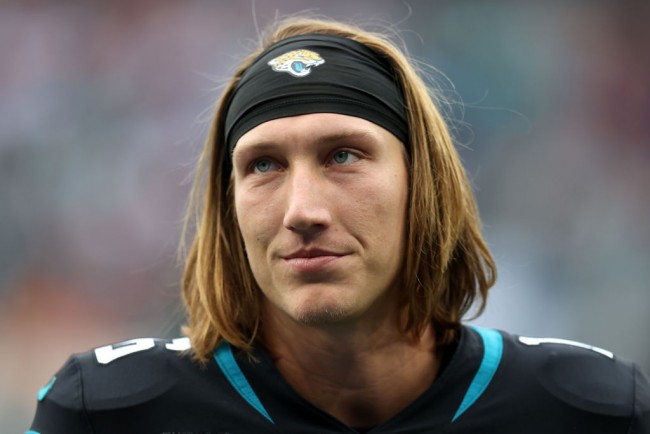 The Seattle Seahawks have not enjoyed home field advantage this season, losing all of their three games at Lumen Field this year. They hope to end that losing skid in Week 8 when they host the Jacksonville Jaguars. Here’s our preview to see who has the edge in this Jaguars vs Seahawks showdown.

The Jacksonville Jaguars headed into their bye week feeling good about themselves after pulling off a thrilling 23-20 victory over the Miami Dolphins across the pond in London. Matthew Wright was the hero for the Jaguars, who finally ended their 20-game losing skid dating back to last season.

Wright, who was just making his third appearance for the Jags, tied the game at 20 with 3:40 left with a clutch 54-yard field goal attempt. The Jaguars got the ball back late in regulation, setting the stage for Wright’s late heroics.

He kicked a 53-yarder as time expired to give Jacksonville the elusive victory and hand Urban Meyer and rookie quarterback Trevor Lawrence their first win in the NFL. Lawrence completed 25 of 41 passes for 319 yards and a touchdown in his first game outside of the United States.

Jacksonville’s previous victory before defeating Miami came on September 13, 2020, a stretch of 399 days. The Jaguars’ 20-game losing streak was the longest in the NFL since the Tampa Bay Buccaneers dropped 26 consecutive games during the 1976-77 seasons as an expansion team.

Seattle’s home woes continued on Sunday as the Seahawks suffered a heart-breaking 13-10 loss to the New Orleans Saints. Jason Myers missed a pair of field goals for the Seahawks, who started 0-3 at home for the first time since 1992.

They have now lost three games in a row as well, the first time that has happened since the 2011 season. The Seahawks missed the playoffs that year and there is legitimate concern that Seattle will also be out of the playoff picture this season. They now trail the Arizona Cardinals by five games in the NFC West standings entering Week 8.

The Seahawks were clearly struggling without Russell Wilson under center. For the second game running, Geno Smith failed to engineer a game-winning drive in the closing minutes for Seattle. In Week 6 against Pittsburgh, Smith lost a fumble in overtime, setting up the Steelers’ game-winning field goal.

Smith had a chance to redeem himself on Monday Night Football, getting the ball with 1:56 remaining in the fourth quarter and the Seahawks trailing by three points. He bottled it, however, going 0-for-2 in the possession and was sacked twice, allowing the Saints to take over on downs and grab the win.

Seattle wins and covers the spread.

Top M.Sc. in Data Science Colleges in India to Apply for 2022

What are Essential Roles and Skills required for a Cloud Product Manager?