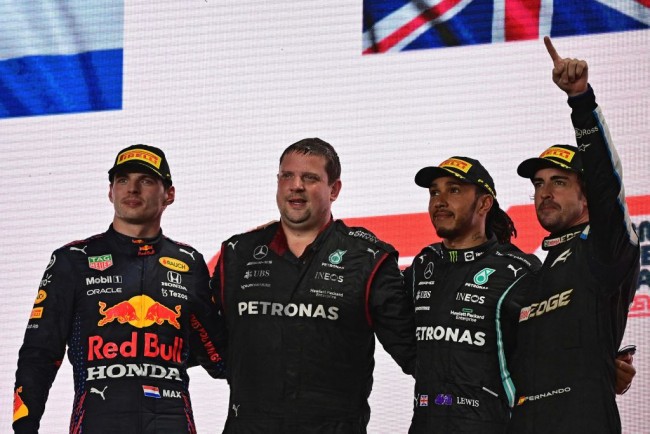 Lewis Hamilton’s quest for a record eighth Formula One Driver’s Championship remains right on track after a comprehensive victory at the 2021 Qatar Grand Prix on Sunday. It was a critical win for Hamilton, who narrowed Verstappen’s lead at the top of the standings to just eight points with only two races remaining in the 2021 Formula One season.

Hamilton showed his class at the Losail International Circuit, which was hosting its first-ever Formula One Grand Prix event. He led every lap of the race to record his 102nd career F1 victory and moved ever closer to Verstappen’s tally of 351.5 points.

And so it comes down to the last two races 🏆

Eight points in it – are you picking @Max33Verstappen or @LewisHamilton for the title? 🗳️#F1 #HistoryAwaits pic.twitter.com/2IpGretT9P

Verstappen managed to limit the damage, capturing 19 points after finishing in second place and clinching the fastest lap bonus point. It was an outstanding result for Verstappen, who dropped down to P7 on the grid before the race for not respecting the double waved yellow flags during qualifying.

Two-time world champion Fernando Alonso finished in third place, an excellent result for the Spaniard, who successfully employed a one-stop strategy. He edged out Red Bull driver Sergio Perez to claim his first podium finish since the 2014 Hungarian Grand Prix. Perez ran out of laps as he finished less than three seconds behind Alonso. It was still a remarkable recovery for Perez, who started the race in P11.

Lando Norris salvaged two points for McLaren with a ninth-place finish in Qatar. It could have been much better for Norris, but he was forced to make a late pit stop after getting a puncture on his front left tyre. Sebastian Vettel settled for P10 for Aston Martin to grab the final points-paying position.

Pierre Gasly, who started on the front row for the first time in his F1 career, disappointed in his two-stop strategy as he settled for P11. That helped Alpine move past AlphaTauri in the Constructors Championship, with Alonso and Ocon’s team jumping to P5 in the standings.

Valtteri Bottas, who, like Verstappen, was handed a grid penalty before the race, was forced to retire on Lap 50 after his car was damaged following mid-race tyre issues. Red Bull benefited from Bottas’ DNF as they sliced Mercedes’ lead at the top of the standings to just five points ahead of the final two races.