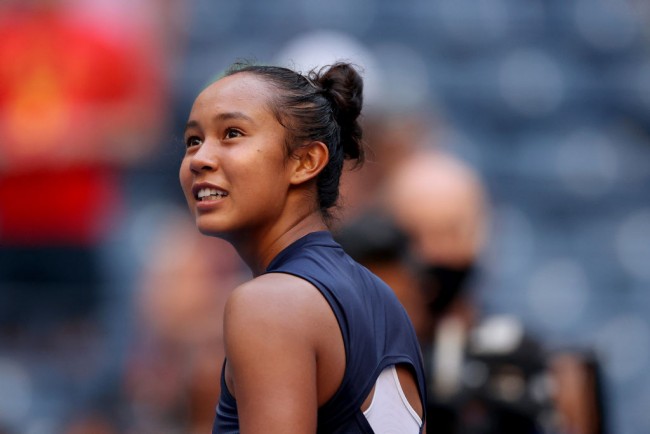 NEW YORK, NEW YORK – Leylah Fernandez of Canada celebrates after defeating Elina Svitolina of Ukraine during the Women’s Singles quarterfinals match on Day Nine of the 2021 US Open at the USTA Billie Jean King National Tennis Center on September 07, 2021 in the Flushing neighborhood of the Queens borough of New York City. (Photo : Elsa/Getty Images)

Leylah Fernandez got herself the best birthday present a day after turning 19, beating world No. 5 Elina Svitolina at the Arthur Ashe Stadium to reach her maiden Grand Slam semifinal at the 2021 US Open.

For the third straight time, Fernandez’s match went the distance but just like in her previous wins against major champions Naomi Osaka and Angelique Kerber; the Canadian teenager held her nerve as she outlasted Svitolina in three tough sets, 6-3, 3-6, 7-6 (7-5).

It was a historic win for Fernandez, who became the youngest player to reach the semifinals of the US Open women’s singles tournament since an 18-year-old Maria Sharapova reached that stage back in 2005.

Her quarterfinal victory sure didn’t come easy as Svitolina pushed Fernandez the rest of the way. The Ukrainian star showed steely resolve, coming back from a set down and a 2-5 deficit in the third set to force a tie-break in the decider.

Fernandez, participating in only her seventh major tournament, sealed the deal in the following point, falling to her knees after Svitolina sent her return of serve long. Fans gave a lengthy ovation for Fernandez, who arrived in this event as the 73rd-ranked player in the world.

She reached the final four by utilizing her powerful groundstrokes, punishing Svitolina with 42 winners. Things are bound to get more challenging for Fernandez in the semifinals as she will next face world no. 2 Aryna Sabalenka.

In the quarterfinals, the Belarusian eased past reigning French Open champion Barbora Krejcikova as she won in straight sets, 6-1, 6-4. This is new ground for Sabalenka as well as she reached the US Open semifinals for the first time in her career.

In the men’s draw, Daniil Medvedev advanced to the semifinals of the US Open for the third straight year after beating qualifier Botic van de Zandschulp in four sets, 6-3, 6-0, 4-6, 7-5. The Russian will look to finally capture his maiden Grand Slam title here at Flushing Meadows, two years after losing a thrilling five-setter in the US Open final against Rafael Nadal.

Medvedev will next play in the semifinals either No. 12 seed Felix Auger-Aliassime of Canada or 18-year-old Spanish sensation Carlos Alcaraz.

5 Altcoins You Should Patronize in October 2021

How Does Modern Business Use Big Data?