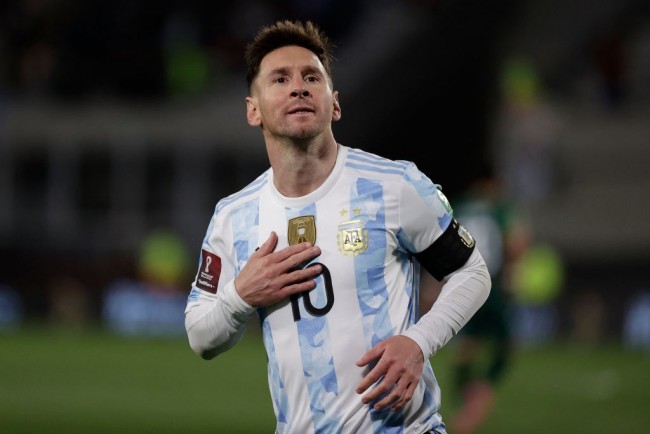 The first batch of player ratings for FIFA 22 is finally out, with EA Sports announcing the 22 highest-ranked players in this year’s edition of the popular soccer video game. Based on the ratings produced by The Ratings Collective, a talent scouting network for the FIFA games, it is still Lionel Messi who reigns supreme as the best player in the world.

Messi still No. 1 as Ronaldo crashes out of Top 2

Messi, who made a sensational move to Paris Saint-Germain from long-time club FC Barcelona, retained his rating last year with his FIFA 22 score still at 93. The six-time Ballon d’Or winner has been a regular in the top two of the FIFA ratings ever since FIFA 09 was released. The Argentina captain missed out by a single point behind Cristiano Ronaldo and Iker Casillas.

Speaking of Ronaldo, the big story in FIFA 22 is that the Portuguese soccer icon is no longer in the top two of the FIFA ratings. Ronaldo was surprisingly demoted in this year’s edition of FIFA, as his rating was downgraded from 92 last year to just 91 this year. With the drop, the Manchester United star is now just a joint-third in the overall ratings, news that hardcore Ronaldo fans surely will not appreciate.

This is the first time since FIFA 10 was released that Ronaldo hasn’t been given a place inside the top two. When that said game was released in 2009, Ronaldo’s rating was narrowly beaten out by Messi and Casillas.

Related Article: Jean-Pierre Adams Dies at 73 After Spending 39 Years in Coma Due to Botched Knee Operation

Lewandowski soars to 2nd with a 92 rating

The Poland striker’s ascent to the top two is entirely deserved, given that he scored 46 goals for Bayern during the 2020-21 season in the Bundesliga and Champions League tournaments. It has been a stunning rise for Lewandowski, who had ranked just 15th in terms of overall rating a couple of years ago when FIFA 2020 was released.

Apart from Ronaldo, four other players got 91 ratings in FIFA 22. Manchester City midfielder Kevin de Bruyne got that overall rating as well as Atletico Madrid goalie Jan Oblak. The Paris Saint-Germain pair of Kylian Mbappe and Neymar also grabbed 91s in this year’s version of FIFA.

That means that PSG’s attack this season boasts of three players with FIFA 22 ratings of at least 91. Having PSG as an opponent in FIFA 22 is frightening, to say the least, with Messi, Mbappe, and Neymar spearheading a high-quality attack.

Do We Have A Backup Plan If Artificial Intelligence Causes Unemployment?