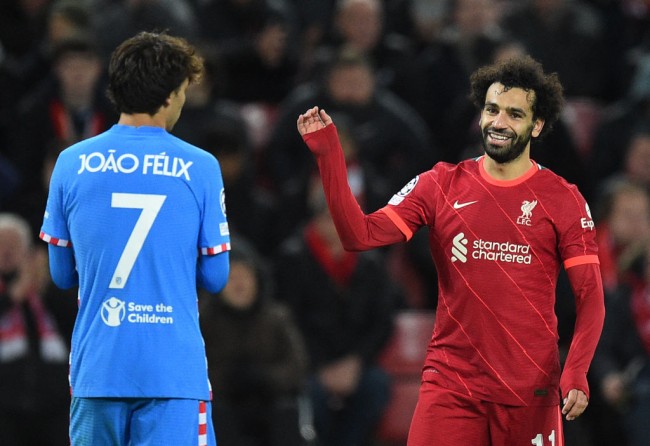 Trent Alexander-Arnold starred for the Reds in their latest win, creating the opportunities for their goals against Atletico Madrid. Diogo Jota opened the scoring for Liverpool in the 13th minute when he headed in Alexander-Arnold’s delightful cross from the right flank. Sadio Mane then doubled their advantage in the 21st minute, tapping in Alexander-Arnold’s laser pass into the box.

It was game over for Atletico Madrid in the 36th minute when Felipe was handed a straight red card for a rash tackle on Mane. The Reds qualified with two games to spare after winning four group games. They hold an impressive seven-point lead over second-placed Porto. Atletico dropped to third place in Group B, with the Spanish outfit recording just four points through their first four games.

Ajax also qualified for the knockout stages after a thrilling win over Borussia Dortmund on Matchday 4. Like Liverpool, the Dutch giants remained perfect in the group stage, grabbing 12 points through their first four games. The victory did not come easy on Wednesday, though, for Ajax, with Dortmund taking a surprise 1-0 lead in the first half courtesy of a Marco Reus penalty in the 37th minute.

However, Dortmund lost steam in the second half as they started to feel the loss of Mats Hummels, who was sent off in the 29th minute. Ajax made that man advantage count, scoring three goals in the final quarter of the match to clinch the 3-1 win.

Manchester City moved ever closer to booking their spot in the Round of 16 after recording a comprehensive 4-1 win over Club Brugge. Phil Foden, Riyad Mahrez, Raheem Sterling and Gabriel Jesus scored the goals for the Citizens, who moved five points clear of the third-placed team in Group A with just two games remaining.

It was a massive win for the reigning Premier League champions as they also leapfrogged French giants Paris Saint-Germain into the top spot in Group A. PSG settled for a 2-2 draw against RB Leipzig after Presnel Kimpembe conceded a late penalty which Dominik Szoboszlai converted in second-half stoppage time.

How is Artificial Intelligence Going to Redefine Leadership in 2021?

The Role of Women in Scalping up AI and Data Science