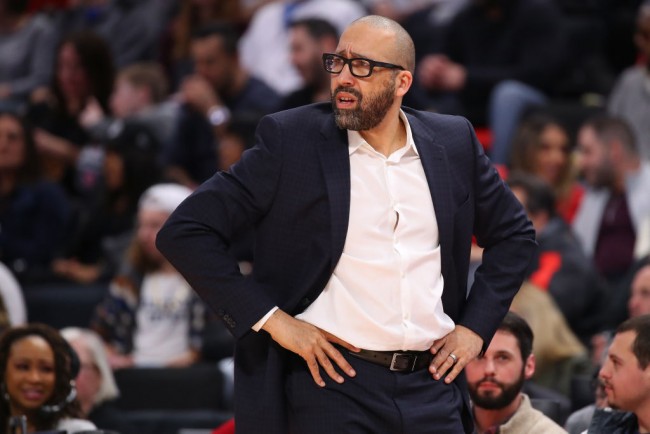 The Los Angeles Lakers added more veteran experience to the team, this time on the coaching ranks. They formally announced on Wednesday the hiring of John Lucas III and David Fizdale as assistant coaches on head coach Frank Vogel’s staff.

Fizdale and Lucas III join Miles Simon, Quinton Crawford, Phil Handy, and Mike Penberthy in the growing list of assistant coaches for the Lakers this coming 2021-22 NBA season. Fizdale and Lucas III’s hiring will help fill the void created by Jason Kidd’s departure to Dallas, where he will now serve as the Mavericks’ new head coach.

Fizdale returns to the bench after failed head coaching stints

Signing Fizdale is a major coup for the Lakers as he makes his much-anticipated return to the bench after failed head coaching stints with the New York Knicks (2018-20) and the Memphis Grizzlies (2016-18). During his time with the Grizzlies and Knicks, Fizdale managed to put up a woeful 71-134 regular season record as the head coach.

Before joining Memphis for his first NBA head coaching job, Fizdale worked as an assistant coach for the Miami Heat, spending eight seasons there from 2008 to 2016. He enjoyed the most success of his coaching career during his tenure with the Heat, winning back-to-back NBA titles with Miami in 2012 and 2013.

The Heat also won more playoff games (70) and series (15) than any other NBA team during Fizdale’s time there as he benefited from the emergence of the Big Three of LeBron James, Dwyane Wade, and Chris Bosh. Before taking the job in Miami, Fizdale also served as an assistant coach for one season with the Golden State Warriors (2003-04) and four seasons with the Atlanta Hawks (2004-08).

He suited up for teams like the Timberwolves, Detroit Pistons, Utah Jazz, Toronto Raptors, Chicago Bulls, and Houston Rockets, averaging 4.7 points, 1.0 rebounds, and 1.5 assists in 12.1 minutes during his career stops there.

Lucas III played college ball at Baylor and Oklahoma State, racking up averages of 14.9 points, 2.5 rebounds, 4.2 assists, and 1.2 steals. He earned All-Big 12 First Team honors in 2004 and 2005 for his outstanding play during those seasons.

Benefits of Nanotechnology and Nanorobots in Dental the Industry