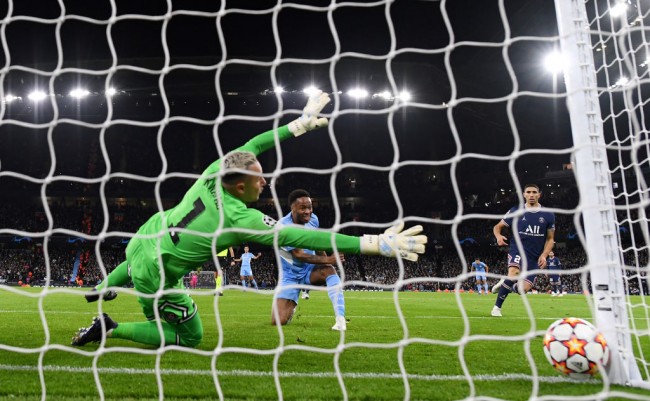 Manchester City and Liverpool continued the dominance of Premier League clubs in the Champions League, recording convincing wins over Paris Saint-Germain and Porto, respectively, on Matchday 5. Liverpool cruised to a 4-0 victory over Portuguese giants Porto while Manchester City recorded a thrilling 2-1 win over PSG in their group matches.

Manchester City booked their spot in the last 16 of the Champions League as group winners after pulling off a 2-1 come-from-behind win against PSG at the Etihad Stadium. The Citizens now have 12 points through their first five matches, a tally that PSG cannot match, with the French outfit only having eight points thus far.

Fortunately for PSG, they are also through to the last 16 after RB Leipzig defeated Club Brugge, 5-0, in the other Group A match. RB Leipzig and Club Brugge are currently tied in third place with four points apiece following that result.

Manchester City dominated the first half against PSG but could not find the breakthrough goal. PSG made Manchester City pay for their wastefulness, taking a shock lead in the 50th minute via a Kylian Mbappe strike. That spurred City into action, though, as they continued to pile on the pressure on Mauricio Pochettino’s men.

City finally got the goal that they deserved in the 63rd minute with Raheem Sterling scoring the equalizer after a far post touch by Kyle Walker. Sterling has been on fire lately, scoring three goals in City’s last three matches. Gabriel Jesus then gave City all three points when he bagged the winner in the 76th minute from close range after a fantastic lay-off from Bernardo Silva.

It was a disappointing defeat for PSG, who recorded a 2-0 win over Manchester City in the reverse fixture. Mbappe, Neymar, and Lionel Messi were exposed by City all evening long, with the vaunted attacking trio having the fewest touches among the PSG players who played the entire 90 minutes on Wednesday.

Liverpool also qualified for the last 16 as group winners after beating Porto 2-0 at Anfield. Thiago Alcantara and Mohamed Salah scored the goals for the Reds, who maintained their 100% record in the Champions League this season.

Thiago opened the scoring in spectacular fashion in the 52nd minute, drilling a stunning long-range strike from 25 yards out into the bottom corner. Salah doubled Liverpool’s advantage in the 70th minute, cutting in from the right before delivering a sweet finish at the near post.

Liverpool’s Group B campaign has been dominant, to say the least, with the Reds holding a double-digit advantage in points over second-placed Porto through five games. Such was Liverpool’s dominance that they secured the top spot with two games to spare in the group stage.

Top 10 Cryptocurrency Stocks to Buy Before 2022 for Big Returns