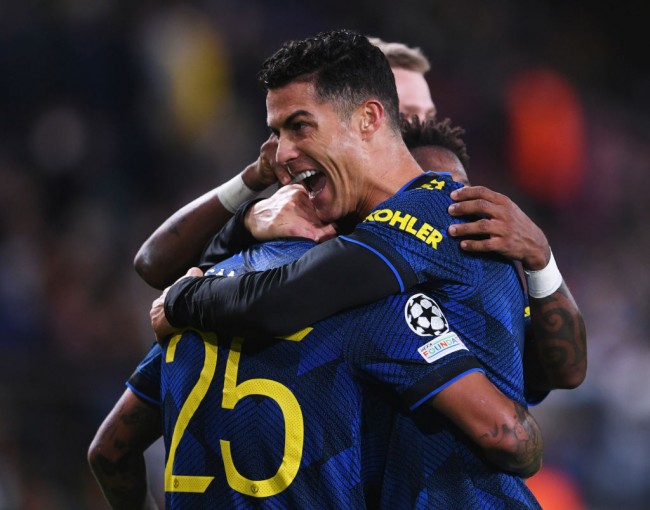 Manchester United and Chelsea are through to the Round of 16 of the Champions League after recording convincing wins over Villarreal and Juventus, respectively, on Tuesday night. Chelsea strolled to a 4-0 victory over Italian powerhouse Juventus at Stamford Bridge while Manchester United pulled off a 2-0 win over Villarreal in their group matches.

Ronaldo, Sancho send Manchester United through to Round of 16

Michael Carrick’s career as interim manager of Manchester United is off to a spectacular start as he led the Red Devils to a 2-0 victory over Villarreal at El Madrigal. Ronaldo and Sancho scored two late goals for United, who secured qualification to the last 16 with one game to spare in the group stage.

Carrick assumed the role of a manager in this critical European clash after Ole Gunnar Solskjaer resigned following United’s disastrous 4-1 loss to Watford in the Premier League over the weekend. He made critical changes to the lineup, starting Anthony Martial and Donny van de Beek against Villarreal.

Those changes failed to galvanize United, though, with Villarreal creating better chances in the first half and the second half’s opening quarter. Fortunately for the Red Devils, goalkeeper David de Gea came to their rescue, making a couple of crucial one-handed saves that kept the game delicately poised at 0-0.

Carrick decided to shake things up in the 66th minute, replacing the ineffective Van de Beek and Martial with the attacking duo of Marcus Rashford and Bruno Fernandez. That switch worked wonders for United, with the Red Devils dominating possession following those substitutions.

Jadon Sancho almost gave United the lead after a fine pass by Fernandez, but the Villarreal goalkeeper brilliantly saved his effort. United finally got the breakthrough in the 78th minute with Cristiano Ronaldo, the goal-scorer yet again.

Fred’s pressure on Capoue following Rulli’s pass resulted in the ball falling to Ronaldo. He took full advantage of that miscue, lobbing the ball over Rulli for his sixth goal in the Champions League this season. Ronaldo’s importance to United in this competition cannot be overstated, with the Portuguese superstar scoring six out of the 10 goals they have recorded in the Champions League group stage this campaign.

Sancho sealed the win for United in the 90th minute, unleashing a thunderous strike past Rulli to score his first goal for the club since making his £73m summer switch from Borussia Dortmund. Sancho was a constant threat against Villarreal, and he will be hoping the goal and the managerial change will help kick-start his season.

Chelsea also advanced to the round of 16 after recording a comprehensive 4-0 win over Juventus. Trevoh Chalobah, Reece James, Callum Hudson-Odoi, and Timo Werner scored the goals for the Blues, who jumped past the Italian giants for the top spot in Group H. The Blues are flying high at the moment as they are also in first place in the Premier League.

Role of Quantum Computing and AI in Healthcare Industry