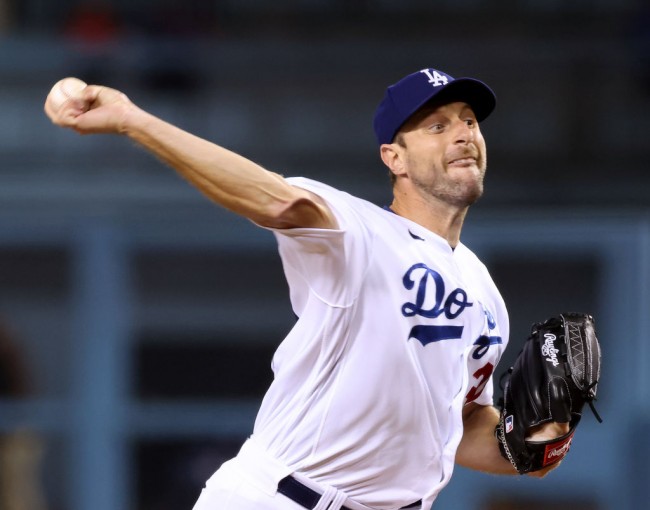 The Los Angeles Dodgers will have to do it the hard way in their title defense after they fell short in their bid to win the National League West Division on Sunday. They finished the 2021 regular season one game behind the San Francisco Giants despite tying a franchise record with 106 wins.

If they are to become the first team since the 1998-2000 New York Yankees to repeat as champions, the Dodgers will need to beat one of the hottest teams in baseball right now. This coming Wednesday, Los Angeles will host the St. Louis Cardinals in the winner-take-all National League Wild Card Game.

Scherzer to face Wainwright in the NL Wild Card Game

The Dodgers are confident they can pass that test with flying colors with Max Scherzer on the mound for that knockout game. The three-time Cy Young Award winner has been exceptional since joining the Dodgers in a mid-season trade, posting a 7-0 record with a 1.98 ERA in 11 starts. The Dodgers have yet to lose a game with Scherzer as their starter.

However, Scherzer has struggled in his last two starts for the Dodgers, allowing five earned runs in each of those outings. Incredibly, the 37-year-old right-hander won’t be the oldest starter in Wednesday’s Wild Card game. That honor belongs to Adam Wainwright, who will start for St. Louis in that contest.

The 40-year-old hurler continued to befuddle hitters even at his advanced age, recording 17 wins and a 3.05 ERA this season to put himself in the NL Cy Young discussion. He is still a workhorse for the Cards, leading the majors in complete games and finishing just shy of the National League crown in terms of innings pitched.

Dodgers ravaged with injuries ahead of 2021 MLB Postseason

Unfortunately for Los Angeles, the injury bug has struck them again at the worst possible time. The Dodgers suffered a double blow in the final week of the regular season, with key players Clayton Kershaw and Max Muncy picking up ill-timed injuries.

Kershaw exited Friday’s game against the Milwaukee Brewers with a left forearm injury, the same problem that forced him to miss three months this season. He has been placed on the 10-day injured list and will miss the rest of the 2021 postseason.

Muncy also won’t be available for the NL Wild Card game after injuring his left elbow in a collision with Jace Peterson at first base on Sunday against the Brewers. That’s bad news for the Dodgers, as Muncy is their most consistent hitter this year.

This season, the Dodgers managed to reach the 100-win mark because of Muncy’s ability to work deep counts and draw walks. Muncy has benefited with his patience at the plate, hitting a career-high 36 homers this season.

Exploring the Career Opportunities for 2022