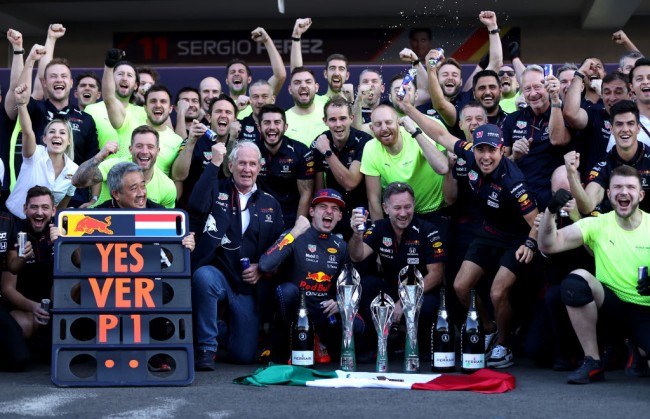 Max Verstappen moved ever closer to capturing his maiden Formula One Drivers Championship after winning the 2021 Mexico City Grand Prix in convincing fashion on Sunday. Verstappen finished 16.555 seconds ahead of Lewis Hamilton to seal his third career win at the Autódromo Hermanos Rodríguez and extend his lead over the seven-time world champion to 19 points with just four races remaining.

Mercedes had high hopes coming into Sunday’s race after Valtteri Bottas and Hamilton locked out the front row following Saturday’s qualifying. Their dreams of a Mercedes 1-2 were quickly shattered, though, when Verstappen pulled off a daring overtaking move right at the start of the race.

The Dutchman managed to sweep around the outside of Bottas and Hamilton to grab a shock lead on the opening lap’s first corner. McLaren’s Daniel Ricciardo piled more misery on Mercedes when he tipped Bottas’ car, forcing the Finn to spin into Turn 2. A safety car was deployed soon after with Verstappen, Hamilton and crowd favorite Sergio Perez holding the top three positions.

Red Bull showed its superiority over Mercedes once the race restarted on Lap 5 with Verstappen opening a sizable gap on Hamilton in the first stint with the medium tyres. With Hamilton losing time on the Red Bulls of Verstappen and Perez, the Briton decided to make a pit stop on Lap 30 and utilize his hard tyres.

Verstappen followed suit four laps later to hand the race lead to Perez. That sent the local fans in attendance into a frenzy as Perez became the first Mexican driver to lead in his home race. That lead lasted seven laps with Perez making his pit stop on Lap 41 to change into hard compounds. He rejoined the race in third place, nine seconds behind Hamilton.

Perez slowly took chunks out of that advantage with his fresher set of tyres, trailing Hamilton by just one second when the race reached Lap 60. With the home support egging him on, Perez tried his hardest to pass Hamilton and give Verstappen a boost in his title quest. Hamilton showed tremendous resolve, though, as he managed to keep Perez at bay for the remaining 11 laps to salvage a second-place finish.

What is Driving the Ethereum Price Surge? Why Does it Matter?