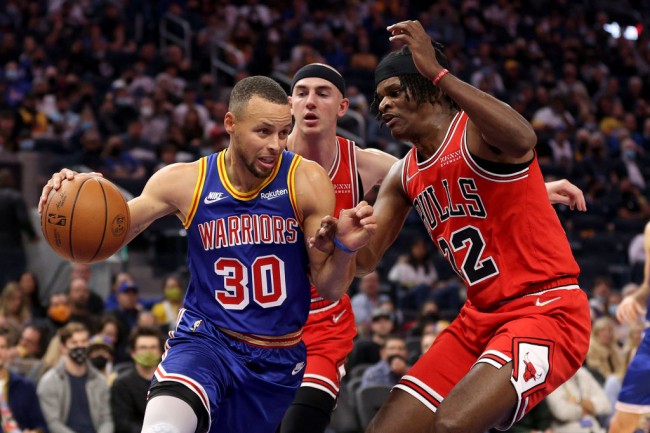 On Monday, the NBA has decided to postpone the Chicago Bulls’ next two games after another player tested positive for COVID-19. Forward Alize Johnson was the latest Bull to catch the deadly coronavirus, bringing the number of players placed by Chicago on the league’s health and safety protocols to 10.

Bulls down to 8 players after Alize Johnson’s positive test

After Johnson’s positive test, Chicago was down to a league minimum of eight players, and the NBA could have forced the Bulls to play Tuesday’s game against the Detroit Pistons. The Bulls did not want any part of that as some of the eight available players were not even in their top regular rotation.

The list included a couple of players on two-way contracts in Tyler Cook and Devon Dotson, as well as rookie Marko Simonovic, who played most of the season in the G League. Alfonzo McKinnie, who was just signed by the Bulls to a 10-day contract to address the player shortage, is also part of Chicago’s eight-man squad.

The Bulls wanted the league to postpone their games so bad that they even sought the support of the Chicago Department of Public Health regarding the matter. That impacted the NBA’s decision with the league opting to reschedule the Bulls-Pistons game in Chicago on Tuesday and the Bulls-Raptors clash in Toronto on Thursday to future dates.

The postponements will allow the Bulls to curb further spread of the COVID-19 virus within their camp and help them get their healthy players back. The outbreak has hit the Bulls hard, with the team adding at least one new player to the health and safety protocols the past three days.

Apart from Johnson, DeMar DeRozan, Stanley Johnson, Zach LaVine, Javonte Green, Matt Thomas, Troy Brown Jr., Coby White, Derrick Jones Jr., and Ayo Dosunmu were the other players placed by the Bulls in the NBA’s health and safety protocols. Given the state of their roster, the Bulls decided not to hold an organized practice on Monday.

The good news for the Bulls is that majority of those players will soon be ending their mandatory 10-day quarantine period and may be available to suit up for Sunday’s game against the Los Angeles Lakers, which is their next scheduled outing.

The Bulls hope the COVID-19 outbreak will not derail their strong start to the season. Chicago is currently in second place in the Eastern Conference with an impressive 17-10 record. The offseason additions of DeMar DeRozan, Lonzo Ball, and Alex Caruso boosted the squad, propelling the Bulls to their best start in years.

Ball and Caruso managed to avoid the sick list, and the Bulls hope that will still be the case as they look to contain the spread of the virus once and for all.