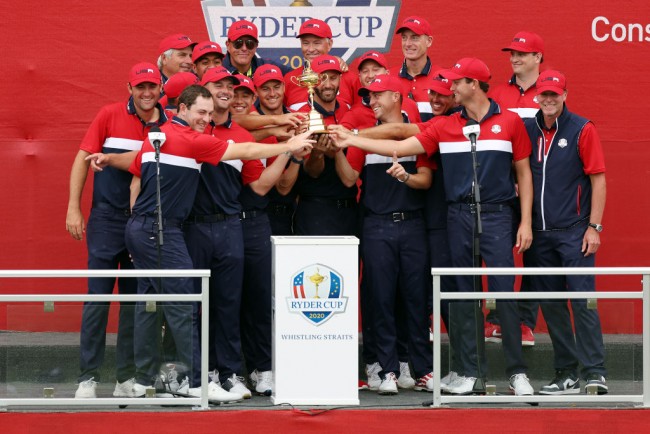 On Sunday, the United States ushered in a new era of American golf, trouncing Europe, 19-9, to win the 2021 Ryder Cup. The 10-point defeat was the last margin of victory in the modern history of the Ryder Cup, an incredible achievement for a USA team that had six rookies on its roster.

The Americans entered the final day with a healthy 11-5 lead, thanks to spectacular performances by the entire squad in the four-balls and foursomes events. They made sure there would be no repeat of their collapse in Medinah nine years ago, taking eight points out of a possible 12 in the singles to record just the third Ryder Cup win for the USA this century.

The United States got off to a perfect start on Sunday, winning three of the first four singles points. Patrick Cantlay, Scottie Scheffler, and Bryson DeChambeau recorded victories over Shane Lowry, Jon Rahm, and Sergio Garcia, respectively, to bring the Americans’ points total to 14.

Collin Morikawa sealed the win for the hosts, tying Viktor Hovland in his match to earn the half point the Americans needed to get to 14.5 points. The onslaught never stopped there as the Americans’ desire to beat the 18.5 point record that three teams posted before (the US in 1981 and Europe in 2004 and 2006) raged on.

They achieved just that, with Brooks Koepka, Dustin Johnson, Justin Thomas, Daniel Berger, and Jordan Spieth giving USA golf 19 points in total. Johnson was unstoppable for the United States, posting an immaculate 5-0-0 record after defeating Paul Casey 1UP on Sunday. Johnson is just the fifth player in the Ryder Cup to reach that hollowed mark, joining Arnold Palmer and Gardner Dickinson (1967), Larry Nelson (1979), and Francesco Molinari (2018).

DeChambeau and Koepka entered this event as the biggest question marks for USA golf, having been embroiled in a deep feud for over a year. Nothing brings people together like the Ryder Cup, though, as the two golf stars hugged twice to celebrate the Americans’ dominant win.

The first hug came after they secured victories in Sunday’s singles, with Koepka beating Bernd Wiesberger 2&1 and DeChambeau taking down European stalwart Sergio Garcia 3&2. The second one came at the end of USA’s joint press conference with Justin Thomas suggesting Koepka and DeChambeau both hug it out to prove how much of a team they are. The two rivals duly obliged, providing the perfect ending for America’s historic triumph in the Ryder Cup.