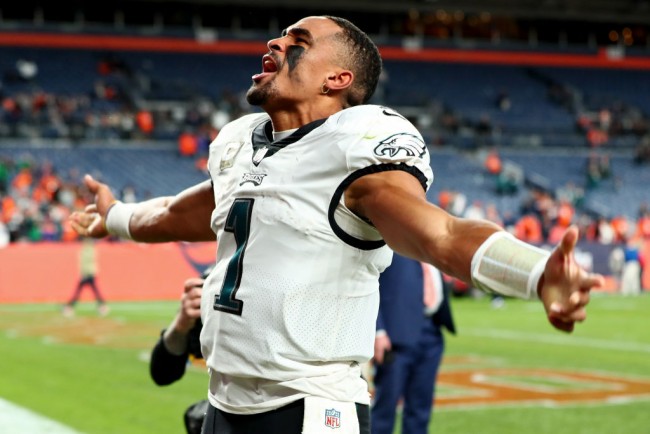 Philadelphia has not enjoyed home field advantage thus far this season, with the Eagles losing all of their four games at Lincoln Financial Field this year. They will look to end that losing skid in Week 11 when they host the New Orleans Saints. Read our preview to see who has the edge in this Saints vs Eagles showdown.

Things are going from bad to worse for the New Orleans Saints as they slumped to their second straight defeat with a 23-21 loss to the Tennessee Titans. The Saints nearly pulled off a miraculous comeback in that game but they failed to convert a late two-point try that could have sent the game into overtime.

The Saints are now 0-2 since defeating Tom Brady and the reigning Super Bowl champion Tampa Bay Buccaneers in Week 8. Jameis Winston suffered a season-ending knee injury in that game and the Saints have sorely missed his production under center.

The Saints are 31st in the NFL this season in passing offense, averaging just 202.2 yards per game through the air. The Saints have struggled without Drew Brees, who retired this past offseason. They are also missing the services of star wide receiver Michael Thomas, who is sidelined because of complications from his ankle surgery.

There was some improvement with New Orleans’ passing game in Week 10 with Trevor Siemian throwing for 298 yards against the Titans. He will have his work cut out for him, however, against an Eagles team that is 13th in the NFL in passing defense, allowing 233.3 yards per game this season.

The Philadelphia Eagles will head to their showdown against the New Orleans Saints with momentum on their side after beating the Denver Broncos, 30-13, in Week 10. It was a huge bounce-back victory for the Eagles, who suffered a gut-wrenching 27-24 loss to the Los Angeles Chargers in Week 9.

With the win, the Eagles improved their record to 4-6. The NFC East division title may be out of reach already with the Dallas Cowboys sporting a 7-2 record but a playoff berth is still a possibility for the Eagles via the wild card. Philadelphia is just one game behind the Carolina Panthers for the seventh and final playoff spot in the NFC.

For the Eagles to record their fifth win of the season against the Saints, they will need Jalen Hurts to continue his outstanding play of late. In the last three games, Hurts leads all quarterbacks in the NFL with 186 yards rushing and is second in the league with a 102.6 passer rating. The Eagles have benefited with Hurts’ dual threat, going 2-1 during that stretch.

The Eagles are expected to utilize their ground game against the Saints. They rushed for 246 yards in their 24-21 victory over the Saints last December. 106 of those yards came from Hurts, who repeatedly scrambled for significant gains in that contest. Hurts and the rest of the Eagles will be tested by the Saints, however, this time around. They lead the league in rushing defense, allowing just 72.9 yards per game this season.

Philadelphia wins its first home game of the season.