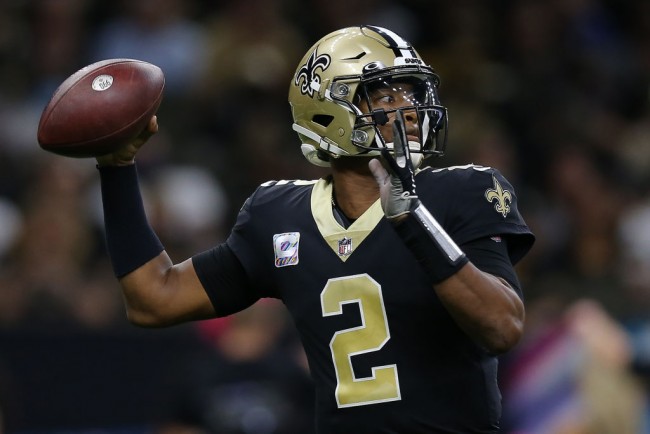 NEW ORLEANS, LOUISIANA – Jameis Winston of the New Orleans Saints throws a pass during the fourth quarter in the game against the New York Giants at Caesars Superdome on October 03, 2021 in New Orleans, Louisiana. (Photo : Jonathan Bachman/Getty Images)

Taylor Heinicke continued his star turn in the NFL, leading the Washington Football Team to a dramatic 34-30 come-from-behind win over the Atlanta Falcons in Week 4. He will look to give Washington its first winning streak of the season when they host the New Orleans Saints this coming Sunday. Read our preview to see who has the edge in this New Orleans vs Washington showdown.

The Saints’ much-anticipated return to New Orleans did not go according to plan as they suffered a stunning 27-21 overtime loss to the New York Giants. They faltered before Giants QB Daniel Jones, who threw a career-high 402 yards.

The Saints are still searching for their identity four games into the post-Drew Brees era. The results have been mixed thus far, with the Saints ranked just 28th out of 32 teams in terms of total offense, averaging just 276.8 yards per game.

Sean Payton dialed up deep shots on consecutive plays for Jameis Winston and Taysom Hill. (First one was called back for off. holding) pic.twitter.com/q8NBURS8qB

Jameis Winston has thrown for eight touchdowns with two interceptions to start the season, while Taysom Hill has recorded three rushing touchdowns. Winston and Hill will look to get their respective games going against a Washington team that is fourth-worst in the NFL in total defense, allowing 417.5 yards per game this season.

Winston must get Alvin Kamara involved in the passing game. He did not record a single catch in the loss to the Giants, which was a major surprise given that Kamara led New Orleans in receptions last season.

Washington Football Team has some major injury concerns heading into its Week 5 clash with the New Orleans Saints. Brandon Scherff, Logan Thomas, and Jon Bostic will be sidelined for that game after suffering injuries in Washington’s 34-30 win over the Atlanta Falcons.

Jon Bostic will miss the remainder of the season after suffering a torn pectoral muscle in the Week 4 win. The Washington linebacker had been starting alongside Cole Holcomb and is one of the team’s defensive captains.

A Pro Bowl right guard, Scherff will miss at least the next two weeks after spraining his medial collateral ligament in the first half of the Falcons game. Veteran Wes Schweitzer will get the start against New Orleans in Scherff’s absence.

Thomas was placed on the team’s injured reserve list after suffering a hamstring injury against Atlanta. Thomas, who will be sidelined for at least four weeks, has been a key weapon for Washington’s offense this season. The star tight end is tied with running back J.D. McKissic for second catches on the WFT, making 12 receptions through three games.

Washington signed former Packers tight end Jace Sternberger to bolster its ranks in that position. Ricky Seals-Jones is the favorite, however, to get the start against New Orleans in Week 5.

Liverpool striker on his way to Barcelona?