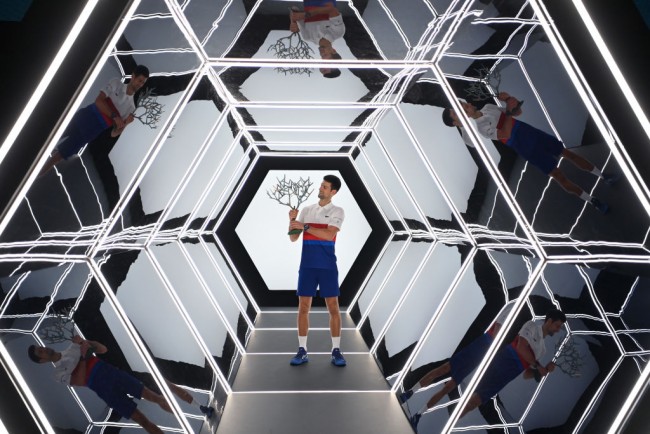 PARIS, FRANCE – NOVEMBER 07: Novak Djokovic of Serbia poses with the trophy after winning the mens singles final against Daniil Medvedev of Russia on day seven of the Rolex Paris Masters at AccorHotels Arena on November 07, 2021 in Paris, France. (Photo : Justin Setterfield/Getty Images)

Novak Djokovic is the king of the tennis world once again after the Serbian star reigned supreme in the 2021 ATP Paris Masters. Djokovic edged past Daniil Medvedev in the final to win a record 37th Masters title and sixth Paris crown.

It was an emotional victory for the top-seeded Serbian, who gained a measure of revenge over Medvedev. The Russian ended Djokovic’s bid for a historic Calendar Grand Slam at Flushing Meadows last September, beating him in straight sets in the US Open final.

Their showdown on Sunday was highly anticipated as this was just the second time in the history of the ATP Paris Masters that the protagonists in the final were the top two players in the ATP rankings.

The final lived up to the hype with Djokovic and Medvedev going toe to toe in three thrilling sets. Just like in their matchup in New York, it was Medvedev who took the opener, winning the first set by a score of 6-4. Djokovic battled back this time around with the world No. 1 taking the next two sets, 6-3, 6-3.

Djokovic needed two hours and 15 minutes to record the three-set win, deploying his serve and volley strategy to maximum effect against Medvedev. He won 86 percent of his serve and volley points to frustrate Medvedev, who was having problems with his baseline strategy.

Djokovic showed his poise in the final set, breaking Medvedev’s serve twice in the decider. It was a historic championship for Djokovic, who moved one moved clear of rival Rafael Nadal for Masters trophies won.

Djokovic now has nine more Masters titles than Roger Federer as he continued to surge ahead in the GOAT race. Djokovic, Federer and Nadal are all tied in Grand Slams won with all three tennis legends having 20 major titles apiece.

Djokovic’s latest feat comes a day after he secured a record seventh year-end No. 1 ranking. He broke a tie with the great Pete Sampras, who was ranked No. 1 in the world six times at the end of the year.