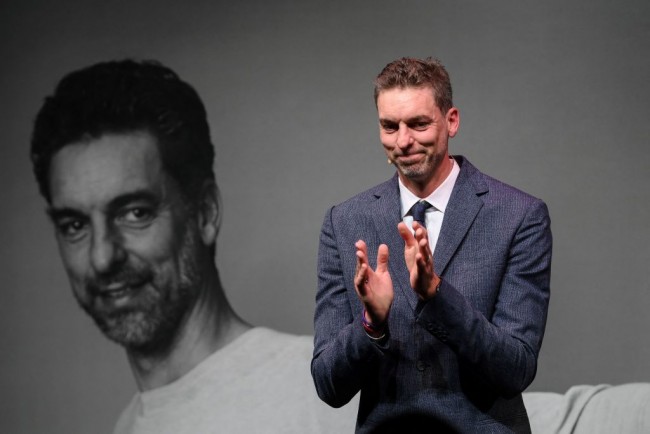 Pau Gasol has decided to call time on his illustrious 23-year basketball career. The 41-year-old made the formal announcement on Tuesday, signaling the end of a career which featured two NBA championships with the Los Angeles Lakers and a world championship title with the Spanish national team.

Gasol had already announced his retirement from international basketball back in August after Spain suffered a gut-wrenching loss to the United States in the quarterfinals of the Tokyo Olympics, his fifth Summer Games.

Two months later, Gasol opted to call it quits with his professional career after injuries ravaged his stint with FC Barcelona. Before his signing with the Catalan giants, Gasol dealt with a stress fracture in his left foot, an injury that prevented him from playing basketball for nearly two years.

Gasol was emotional in his press conference, saying, “I’m going to retire from professional basketball. It’s a difficult decision after so many years, but it’s a decision that I really thought over.”

He made the retirement reveal at an opera house in Barcelona, with Gasol’s family and former teammates in attendance. Among the notable attendees were his brother Marc, wife Catherine, and daughter Elisabet.

The Lakers paid tribute to their former star player, posting a message on Twitter that said, “A hero in Los Angeles. A hoops legend around the world. Congrats on your retirement, Pau.”

A hero in Los Angeles. A hoops legend around the world.

Congrats on your retirement, Pau. pic.twitter.com/ODzWHXgq94

The 11-time NBA champion coach Phil Jackson also sang the praises of his former ward, telling ESPN‘s Ramona Shelburne that Gasol brought hope and talent to the Lakers. Jackson said, “His game put LA back into championship contention. He was also a gentleman and generous hero.”

Gasol delivered the goods both for club and country

Gasol’s arrival helped Kobe Bryant and the Lakers return to championship glory, winning back-to-back titles in 2009 and 2010 as the team’s main big man. He played a total of 1,226 regular-season games in his NBA career, averaging 17.0 points and 9.2 rebounds during his stints with the Memphis Grizzlies, Chicago Bulls, San Antonio Spurs, Milwaukee Bucks, and the Lakers.

Gasol arrived in the NBA with high expectations placed upon him after he was selected third overall in the 2001 Draft, with the Grizzlies acquiring that pick from the Atlanta Hawks. He certainly met those expectations, producing an exceptional career both for club and country.

Gasol’s contributions to Spain had been tremendous, to say the least, leading the men’s national basketball team to the world championship in 2006 and three European crowns in 2009, 2011, and 2015.

Bitcoin Price Reaches US$50,000 After a Month! What to Expect Now?