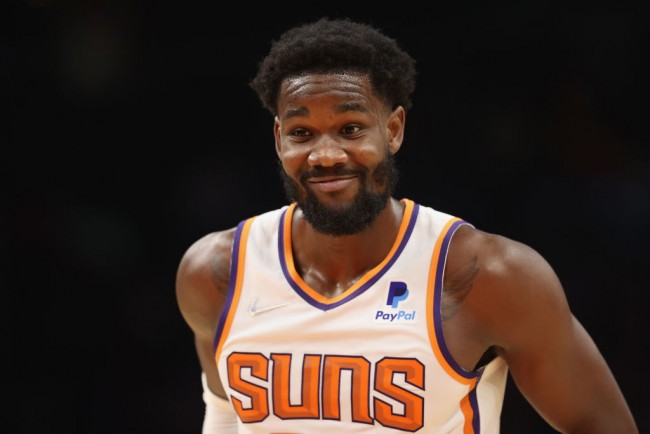 PHOENIX, ARIZONA – OCTOBER 27: Deandre Ayton #22 of the Phoenix Suns during the second half of the NBA game at Footprint Center on October 27, 2021 in Phoenix, Arizona. The Kings defeated the Suns 110-107. (Photo : Christian Petersen/Getty Images)

There is just no stopping Phoenix right now. The Suns extended their winning streak to nine games with a thrilling 99-96 victory over the Minnesota Timberwolves on Monday night. Chris Paul led the way for the Phoenix Suns, who moved to within a game of leaders Golden State Warriors in the Western Conference standings.

Paul scored 21 points for the Suns, 19 of which came in the fourth quarter, helping Phoenix thwart Minnesota’s late comeback bid. Two other players scored in double figures for the Suns, who welcomed back DeAndre Ayton to their starting lineup.

Ayton, who missed the previous five games with a right leg contusion, put on quite a show in his much-anticipated return. He registered a double-double, racking up 22 points and 12 rebounds against the Wolves. Devin Booker also delivered the goods for Phoenix, recording 29 points, five rebounds and five assists in 34 minutes of action.

The Suns survived a monster effort by Karl Anthony Towns, who recorded 35 points and 13 rebounds for the struggling Wolves. The fourth quarter was a back-and-forth affair with Minnesota nearly pulling off the win in the end.

Booker split his free throws with 16.1 seconds remaining to give Phoenix a 98-96 lead. The Wolves went for the win on the ensuing possession but D’Angelo Russell missed his three-point attempt. Anthony Edwards failed to control the offensive rebound, giving the ball back to Phoenix. Booker extended the Suns’ lead to three points with another split on the charity stripe which was good enough to preserve the win.

The sky is the limit for the surging Suns with Ayton manning the paint once again. He was unstoppable in the win against the Wolves, knocking down 10 of his 14 field goal attempts and grabbing seven boards on the offensive glass. Ayton showed no ill effects of his leg injury, playing 32 minutes and 54 seconds in his return.

Deandre Ayton as he addressed Robert Sarver allegations, saying he’s controlling what he can control.

On Jalen Rose saying Sarver called him “lazy N-Word” and ESPN saying it was a mistake. Said he never heard about it. #Suns pic.twitter.com/8OeRb7MDi4

The Suns’ nine-game unbeaten run is the NBA’s longest current winning streak. It is also the Suns’ longest since they won 10 consecutive games from March 14 to April 2, 2010. The Suns have been outstanding on the defensive end lately, with their last three opponents failing to score at least 100 points. The last time the Suns had a three-game streak like that was in March 2015.

How can Cryptos Become Threats to India's National Security?