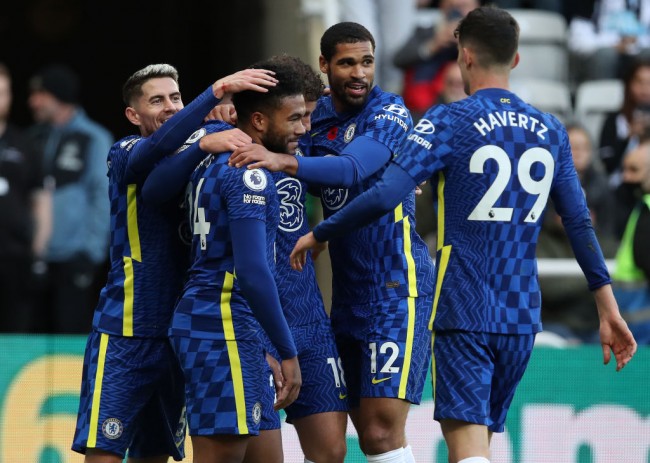 Chelsea’s quest for a seventh league title got a huge lift in Week 10 after Manchester City and Liverpool dropped points in their respective matches. The Blues now hold a three-point lead atop the Premier League standings following their three-goal win over Newcastle on the road.

After a 3-0 victory over Newcastle on Saturday, Chelsea remained first, with the Blues scoring all of their goals in 16 minutes during the second half. The Blues had trouble finding their mark in the opening hour of the match as they were without main strikers Romelu Lukaku, Christian Pulisic and Timo Werner, and playmaker Mason Mount.

English right back Reece James spared Chelsea’s blushes, scoring a double against Newcastle to show he is more than just a defender. The Blues stamped their class against an uninspired Newcastle side as they enjoyed the bulk of the possession (79%) and had the advantage in terms of shot attempts (19-6) and shots on goal (6-1).

Liverpool squandered a huge opportunity to go at the top of the table on Saturday as the Reds were held to a 2-2 draw by Brighton & Hove Albion in a thrilling encounter at Anfield. Jordan Henderson opened the scoring with a fine 18-yard strike in the fourth minute before Mo Salah doubled their advantage 20 minutes later.

Brighton never gave up, though, as they unleashed a furious fightback that left the Liverpool faithful stunned. Enock Mwepu opened his Premier League account in majestic fashion, hitting a 25-yard attempt past Liverpool keeper Allison just before the half-time break. It was a historic goal for Mwepu, who became just the second player from Zambia to score in the Premier League.

Leandro Trossard scored the equalizer in the 65th minute, slotting home former Liverpool player Adam Lallana’s delightful pass. Trossard thought he had given Brighton the upset win, but his late goal in front of the Kop was ruled out for offside.

Manchester City suffered a big blow in their title-retention bid after absorbing a shock 2-0 defeat against Crystal Palace at the Etihad Stadium. Wilfried Zaha stunned the home crowd with an early goal in the sixth minute, after Aymeric Laporte surrendered possession to Conor Gallagher inside City’s half.

Laporte’s woes were compounded in first-half stoppage time after he was given a straight red card for committing a professional foul on Zaha when the latter was 35 yards from the City goal.

Gallagher sealed the win over 10-man City with a superb finish in the 88th minute, helping Crystal Palace move up to 13th place in the league table. It was a costly defeat for the Citizens, who now trail leaders Chelsea by five points after Matchday 10.

What Is Single Sign-On (SSO), and How Does It Improve Security?

Top 10 Artificial Intelligence Research Centers in India to Work with