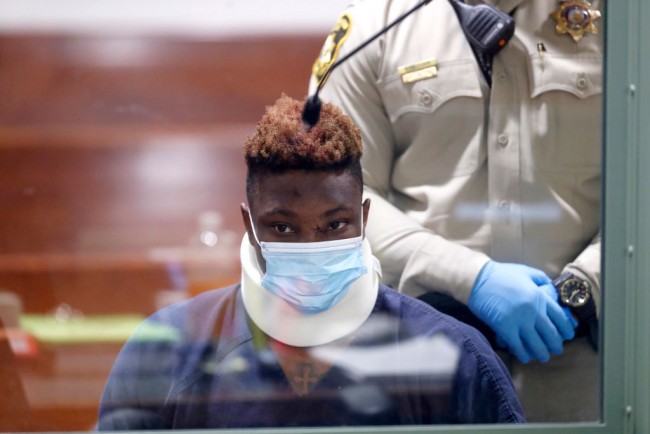 The Las Vegas Raiders headed into their bye week feeling good about themselves after beating the Philadelphia Eagles on the road to go top of the AFC West division. The Raiders will look to maintain that advantage when they face the New York Giants at MetLife Stadium. Here’s a breakdown of this Raiders vs Giants clash.

The Las Vegas Raiders will head to the East Coast in a state of disarray after wide receiver Henry Ruggs III was released by the team for his involvement in a tragic car crash that killed a 23-year-old woman and her dog.

Ruggs faces 46 years in prison after being charged with DUI resulting in substantial bodily harm, DUI resulting in death, and two counts of reckless driving. He also faces a misdemeanor charge of possessing a gun under the influence of alcohol. This season, Ruggs was a vital part of the Raiders offense, hauling in 24 passes for 469 yards and two touchdowns on 36 targets through seven games.

The good news for Las Vegas is that tight end Darren Waller will be returning in Week 9 after missing one game because of an ankle injury. He has caught 33 passes for 378 yards and two touchdowns in six games played for the Raiders this season.

His return will be a major boost for Derek Carr, who is putting up MVP numbers this season. He has completed almost 68 percent of his passes for 2,269 yards with 12 touchdowns and five interceptions this campaign.

The alarm bells are starting to ring again for the New York Giants, who sit at the bottom of the NFC East standings with an abysmal 2-6 slate after a narrow 20-17 loss to the Kansas City Chiefs on Monday Night Football. They now trail leaders Dallas Cowboys by 4.5 games in their division heading into Week 9.

For the Giants to record the upset win against the Raiders, they need to put the clamps on Derek Carr. The Raiders quarterback was superb in Week 7, completing 31 of 34 passes for 323 yards with two touchdowns and an interception. He is the only player in the NFL this season to throw for at least 300 yards in five games.

New York needs to lessen its penalties against Las Vegas. The Giants committed a season-high 10 penalties against the Chiefs on MNF. Daniel Jones will need to be precise against a Raiders defense that has recorded multiple takeaways in each of its last two outings.