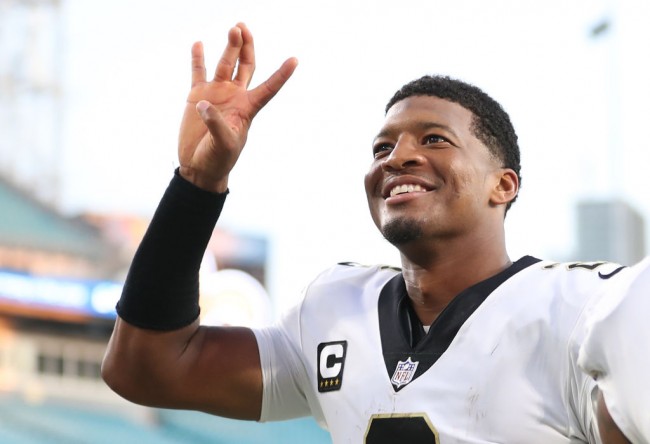 A critical NFC South matchup will be coming our way this coming Sunday as the Carolina Panthers host the New Orleans Saints at the Bank of America Stadium. Who will win this battle of undefeated teams? Read on below for a preview of this Saints vs Panthers showdown.

The New Orleans Saints are on heightened alert a few days before their Week 2 clash against the Carolina Panthers as eight members of their organization tested positive for COVID-19. Six offensive coaches, one player, and one nutritionist were among those who got the positive diagnosis, calling into question their availability for Sunday’s game against the Panthers.

This has stalled the momentum of the Saints, who are coming off an emphatic 38-3 victory over the Green Bay Packers in Week 1. Jameis Winston starred in his first-ever start as the Saints quarterback, throwing for 148 yards and five touchdowns on Sunday with no interceptions. He made history with that performance as his passing total of 148 yards was the fewest in a five-touchdown game in the NFL.

He will look to keep it going against a Carolina defense that allowed 207 passing yards in Week 1. What made the Saints unstoppable on Sunday was that their ground game was firing on all cylinders against the Packers.

The Saints racked up 171 yards rushing in Week 1, 140 of which came in the first half. That helped New Orleans possess the football for 21 minutes and 51 seconds during that period, their longest possession since 2000. However, they will have their work cut out for them against Carolina’s defensive line that yielded just 45 rushing yards in the opener.

The Panthers will have a new kicker for Week 2 after they waived Ryan Santoso on Tuesday to avoid giving the New York Giants a future draft pick. Santoso played a crucial part in Carolina’s 19-14 victory over the New York Jets, hitting both of his field goals and converting one of his two extra-pointers.

Starting in Santoso’s place for the game against the Saints is Zane Gonzales, who Carolina signed off the Lions’ practice squad in a corresponding move. He was with the Panthers for a tryout over the summer.

The ex-Jets burn their former team 😤

Help is also on the way for Sam Darnold as right guard Jon Miller is expected to return in Week 2 after missing the season opener due to COVID-19. Darnold completed 24 of his 35 attempts for 279 yards and a touchdown with no interceptions in his debut for Carolina.

Saints win and cover the spread.