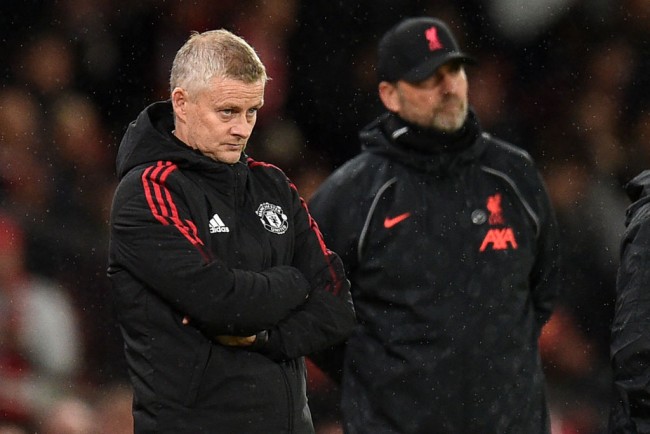 Ole Gunnar Solskjaer’s time with Manchester United may soon be coming to an end. According to the Manchester Evening News, the Red Devils consider sacking their manager before Saturday’s game against Tottenham.

Solskjaer is in the hot seat after Manchester United’s dismal performance over the weekend that saw the Red Devils lose by five goals to archrivals Liverpool in their much-hyped Premier League encounter.

Manchester United needed to win badly in that match to keep pace with the league leaders but what they got was a mighty beatdown instead, absorbing a 5-0 defeat at the hands of Liverpool after conceding four first-half goals.

It was another disappointing defeat for the Red Devils, who have now lost five of their last nine games and are without a victory in their last four Premier League games. What makes the defeat to Liverpool such a bitter pill to swallow for United fans was how they lost. Sunday’s 5-0 humiliation was United’s worst-ever home defeat to Liverpool.

That result might be the final nail in the coffin for Solskjaer, who just signed a new three-year contract back in July as a reward for United’s progress last season. The pressure is on the Norwegian to deliver silverware this season after the club made several high-profile signings this year, including Cristiano Ronaldo and Jadon Sancho.

United’s title drought in the Premier League looks set to continue for another year despite those star acquisitions as the Red Devils now sit in seventh place in the table. United only has racked up 14 points through the first nine games as they already trail leaders Chelsea by 8 points.

Solskjaer adamant he is still the man for United

Solskjaer remained firm in his belief that he is the man to lead United in the future, telling reporters after the loss to Liverpool that the club is close to turning it around after a string of poor results recently.

He said, “I do believe in myself, I do believe that I am getting close to what I want with the club. I think what we’ve done, what I’ve seen, the development, of course the results lately haven’t been good enough, it’s hands up and that brings doubt in anyone’s mind probably.”

Solskjaer added that he needs to be strong and believe in the coaching staff and players. He then cited the upcoming fixtures of United against Tottenham and Manchester City in the Premier League and Atalanta in the Champions League, saying they need to look forward and sort their frames of mind out to prepare for those key fixtures.

The question now is: will he still be in charge of United for those critical games? Reports have surfaced that former Chelsea and Inter Milan coach Antonio Conte is open to taking over as Manchester United manager if Solskjaer gets the ax.

Arsenal to cash in on William Saliba?