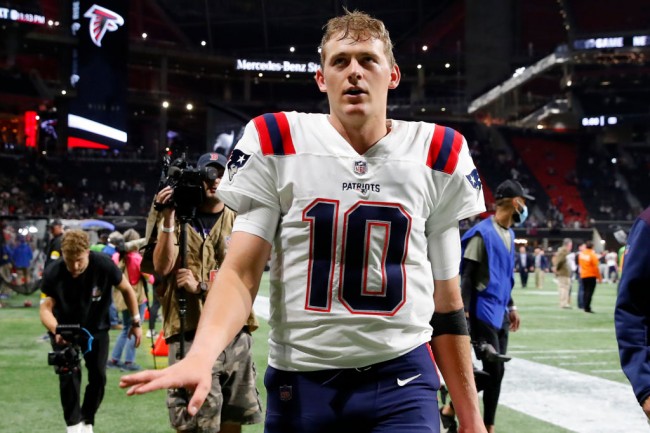 Two AFC division leaders will square off in Week 12 as the red-hot New England Patriots host the Tennessee Titans in a mouth-watering showdown at Gillette Stadium. Can Mac Jones continue his scorching start against Tennessee, or will Ryan Tannehill hand him and the rest of the Patriots their first defeat in six games? Here’s our preview for a breakdown of this Titans vs Patriots clash.

Now that was a shock. The Tennessee Titans had their six-game winning streak snapped in Week 11 with a stunning 22-13 loss to the woeful Houston Texans. The Titans entered this divisional matchup as the overwhelming favorites as the Texans were amid an eight-game losing skid.

All the momentum was with the Titans, who had defeated powerhouse teams Buffalo Bills, Kansas City Chiefs, Indianapolis Colts, and the Los Angeles Rams in succession during their winning run. The Titans got ambushed, though, as their lead atop the AFC standings has now been trimmed to just a half-game.

It won’t get any easier for them in Week 12 as they will next face the hottest team in the NFL right now in the New England Patriots. For the Titans to record the important road win, they will need a much-improved performance from Ryan Tannehill. He struggled mightily in the loss to the Texans, completing 35 of 52 passes for 323 yards with one touchdown and four interceptions.

Those picks proved costly for the Titans, who outgained the Texans, 420-190, in total yards. It is critical for the Titans that they put pressure on Mac Jones in Week 12. They were not able to record a sack against the Texans, the first time that has happened since Week 15 of the 2020 campaign. Tennessee has 27 sacks this season.

The New England Patriots extended their winning streak to five games with a resounding 25-0 victory over the Atlanta Falcons at Mercedes Benz Stadium. It was a big victory for the Patriots, who now hold a half-game lead over the Buffalo Bills in the AFC East standings. The Pats grabbed the division lead following the Bills’ stunning 26-point loss at home to the Indianapolis Colts.

Powering New England’s resurgence has been its incredible defense. The Patriots have allowed just 13 points combined in their last three games against the Carolina Panthers, Cleveland Browns, and the Falcons. They currently lead the NFL in scoring defense, allowing just 16.1 points per game this season.

The Falcons had no answer for the Pats’ defense as they were shut out for the first time since a 38-0 loss to the Panthers in December 2015. New England put the clamps on Matt Ryan, who was intercepted twice and sacked four times.

For the Pats to extend their unbeaten run against the Titans, they will need Mac Jones to deliver a solid performance. He completed 22 of 26 passes for 207 yards with one touchdown and one interception to win against the Falcons. Jones made history with that showing as he became the first rookie in the history of the NFL to complete at least 80 percent of his passes in two consecutive games.