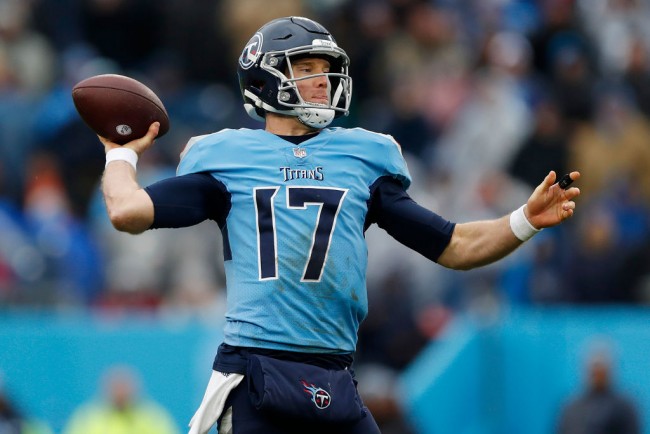 NASHVILLE, TENNESSEE – Ryan Tannehill #17 of the Tennessee Titans throws the ball during the fourth quarter against the Miami Dolphins at Nissan Stadium on January 02, 2022 in Nashville, Tennessee. (Photo : Wesley Hitt/Getty Images)

A key AFC South matchup will commence this Sunday, January 9, as the Houston Texans host the Tennessee Titans in Week 18. Can the Titans extend their winning streak against the Texans, or will Houston record a major upset? Here’s a preview of the Titans vs Texans matchup.

The Tennessee Titans extended their winning streak to two games with an emphatic 34-3 victory over the Miami Dolphins in Week 17. It was a huge win for the Titans, who jumped to No. 1 in the AFC standings. They clinched the top seed after the Kansas City Chiefs lost to the Cincinnati Bengals in their blockbuster clash.

The Titans and the Chiefs share the same record heading into the final week of the regular season, but Tennessee holds the tiebreaker by virtue of its win over Kansas City earlier this season. The Titans crushed the Chiefs, 27-3, back in Week 7.

The Titans will secure home-field advantage throughout the AFC playoffs if they beat the Houston Texans in Week 18. The Titans can still grab the top seed in the AFC even if they lose to the Texans as long as Kansas City loses to Denver in their regular-season finale.

More help is on the way for the resurgent Titans, with Derrick Henry set to return to their lineup. Tennessee designated Henry to return to practice from injured reserve, opening a 21-day window for their star running back to be added to the 53-man roster.

Henry was placed on injured reserve back on November 1 after fracturing his foot in a Week 8 win against the Indianapolis Colts. Henry entered the IR with 937 yards rushing, which was the highest mark in the NFL at that time. He is still ranked sixth in the NFL in rushing yards despite his lengthy absence this season.

The Houston Texans had their two-game winning streak snapped in Week 17 with a 23-7 loss to the San Francisco 49ers. The Texans had no answer for 49ers quarterback Trey Lance, who threw for 249 yards and two touchdowns. Houston dropped to 4-12 for the season with the loss as the Texans finished their road campaign with a 2-6 slate.

The Texans will look to end their season on a high note when they host the Tennessee Titans in Week 18. The Texans have also struggled at home this season, winning twice at NRG Stadium in eight games. They will be tested by a Tennessee team that is 4-3 on the road this season.

One guy who needs to step up for Houston in Week 18 is Davis Mills. He struggled mightily in the loss to the 49ers, completing just 21 of 32 passes for 163 yards with one touchdown and one interception. In that encounter, the Texans had difficulty moving the chains, converting just 5 of their 15 third down opportunities.

Top 10 Cryptocurrency Mining Platforms to Try Out in 2022