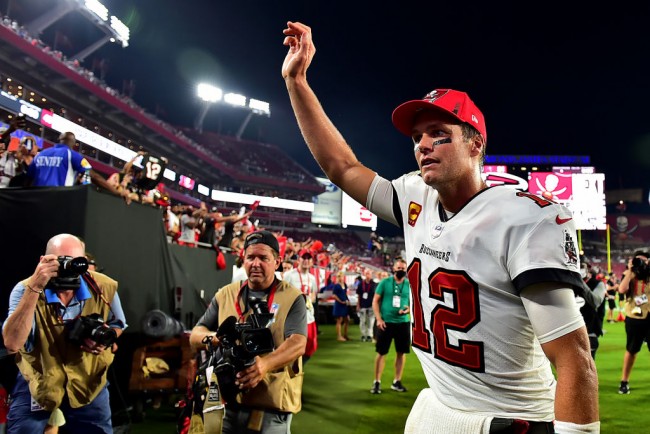 The opening game of the 2021 NFL season lived up to the hype as the Tampa Bay Buccaneers pulled off a heart-stopping 31-29 win over the Dallas Cowboys at the Raymond James Stadium on Thursday night.

Premier quarterbacks Tom Brady and Dak Prescott turned the season-opener into a heavyweight slugfest as they combined for 782 yards and seven touchdowns throughout the 60-minute encounter.

There can only be one winner, though, and the Bucs managed to grab the comeback victory, in the end, thanks to Ryan Succop, who kicked a 36-yard field goal with two seconds remaining in the game. It was a disappointing defeat for the Cowboys, who were dreaming of a gigantic upset as they entered this game as nine-point underdogs.

Cowboys fail to hold on to late lead after Brady drive

They were poised to record the shock win after kicker Greg Zuerlein converted a 48-yard field goal attempt with 1:24 to play to hand Dallas the lead at 29-28. Unfortunately for the Cowboys, they left too much time for the GOAT to engineer another late game-winning drive.

Starting at their own 25, Brady kept the drive moving with critical passes to Gio Bernard and Rob Gronkowski. Chris Godwin then made amends for his earlier fumble in the fourth quarter near the endzone that could have given them a two-score lead, catching a tight pass down the sideline to put the Bucs in field goal range.

The reception was a bit controversial, with replays showing a possible offensive pass interference was not called on Godwin during the play. Brady wouldn’t mind the no-call, though, as he started his 22nd season in the NFL by completing 32 of his 50 passes for 379 yards and four touchdowns with two interceptions.

Even with those monster numbers, an argument can be made that Prescott outplayed Brady on his home turf. Prescott finished the game with 403 passing yards as the Cowboys’ QB matched his career-high in completions (42) and recorded a career-high 58 attempts to go alongside his three touchdowns and one interception.

Not bad for a player who was making his first live game action in 11 months after suffering a gruesome right ankle injury last season that resulted in dislocation and a compound fracture. Prescott then could not get the necessary reps in Dallas’ four preseason games after straining the latissimus muscle in his right shoulder during the start of Cowboys’ training camp.

He looked good right from the get-go, with Prescott’s first pass going for 28 yards to Amari Cooper. He threw 32 passes in the first half for a personal record as the Cowboys regularly targeted Tampa Bay’s weak secondary. Among his favorite targets were Cooper and Lamb, who combined for 243 receiving yards and three touchdowns.