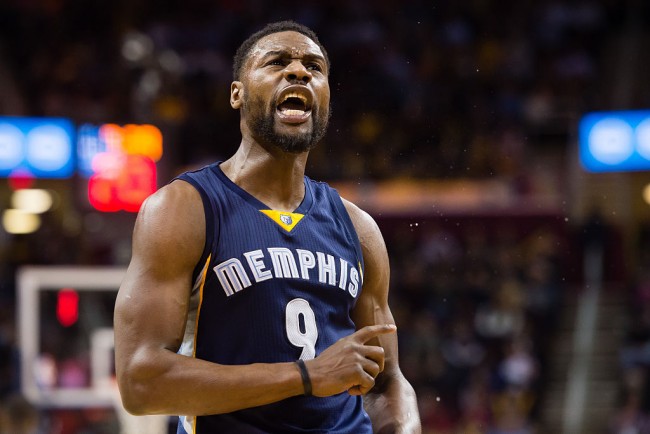 On Thursday, charges were filed against 18 ex-NBA players for defrauding the league’s health and welfare benefit plan, with the defendants illegally pocketing around $2.5 million by claiming fictitious dental and medical expenses in an elaborate three-year scam.

FBI agents across the United States have arrested 15 former NBA players and one of their wives for their roles in a conspiracy that authorities say began in 2017. U.S. Attorney Audrey Strauss did not mince any words in her news conference regarding the shocking arrests, saying, “The defendants’ playbook involved fraud and deception.”

Terrence Williams started the scam in 2017

Based on an indictment filed in Manhattan federal court, the accused NBA players teamed up and schemed their way to defraud the supplemental coverage plan, which was funded primarily by NBA teams. They did so by submitting fraudulent claims, asking for reimbursements for dental and medical procedures that never took place.

According to Strauss, the mastermind of the entire operation was Terrence Williams, who began his career in the NBA in 2009 as a first-round draft pick. According to the indictment, Williams made fraudulent claims in November 2017 worth $19,000 for chiropractic care. Williams managed to get a $7,672 payout from those claims.

Williams recruited other former NBA players to join him in the scam, offering them fraudulent invoices from a wellness office in Washington state and a dentist and chiropractor in Southern California. In exchange for those invoices, 10 former players paid kickbacks to Williams worth a total of $230,000.

Champions Tony Allen and Glen Davis among those charged

Among those charged were Tony Allen and his wife. He is a member of the 2008 champion Boston Celtics and a six-time All-Defensive team selection. Allen rose to prominence in Memphis, with the Grizzlies set to retire his number this coming January. Those plans now are in danger of being cancelled with Allen’s impending arrest.

Among the charged players, Anthony Wroten, Ruben Patterson, and Darius Miles were the only ones to average double-figures in their NBA careers. Now an assistant coach with the Blazers, Milt Palacio was placed on administrative leave by Portland after news of his involvement broke.

Another player charged for his role in the scheme was Sebastian Telfair, a former high school standout in New York. He failed to live up to the hype in the NBA, though, playing for eight franchises as a journeyman before retiring.

The 18 players who were charged earned a combined $343 million in salaries during their on-court NBA careers, making their involvement in this conspiracy even more stunning.

How to Become a Data Modeller? Here is How You Can Do That!