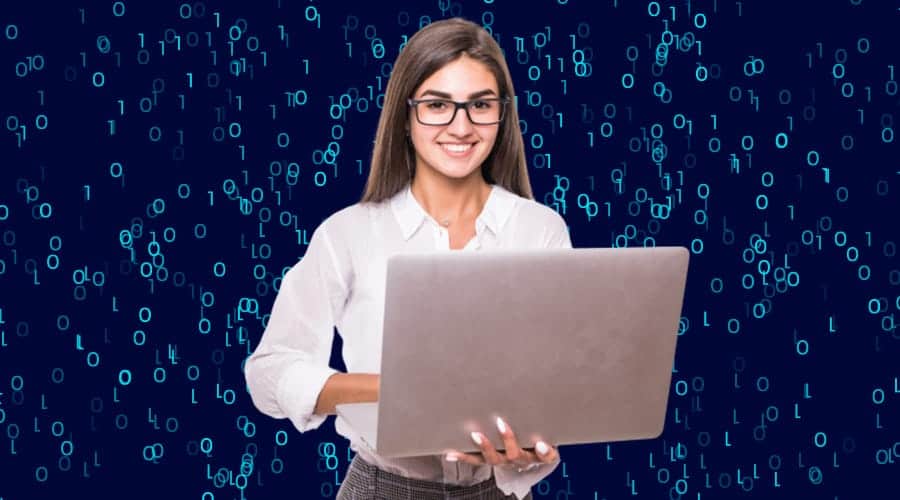 In this male patriarchal society, female achievers are often forgotten by the world. We are well versed with the fact that there are many successful male programmers in the world. But how many of us know about the women programmers whose contribution is incomparable in computer science and technology? Quite a few right? It is true that many female programmers have contributed a lot to computer programming. Women in computing were among the first programmers in the early 20th century who contributed largely to the industry. With the advancement of technology, the role of women as programmers is also increasing enormously but remains obscure. Since the 18th century, women have been dominantly working in the field of programming and scientific computations. Due to the gender disparity, females could never get the limelight in comparison with their male counterparts. Nevertheless, women continue to work hard and make significant contributions to the programming and IT industry. Women also hold significant roles in multi-tech companies such as Yahoo, Google, Microsoft, and many more.

Here’s the list of the top 10 best women programmers of all time:

Ada Lovelace is also known as Augusta Ada King is regarded as the first female computer programmer. She was an extremely good mathematician and writer. Ada was an influential pioneer in the field of computer research and programming. She is primarily known for her work on Charles Babbage’s proposed mechanical general-purpose computer, the Analytical Engine. She was the first person to find out machines can do far more than calculations and also published the first algorithm by such a machine.

Joan Clarke was a cryptanalyst who became famous for her role as a codebreaker in the second world war. She was the only woman who worked on solving the German Enigma messages along with Alan Turing. But due to gender biases, she got less wage even when at the same position along with her male co-workers. She took against this by transforming into a linguist. She is considered as genius British for her code-breaking ground.

Margaret Heafield Hamilton is a well-known scientist for her work in the fields of computer science, system engineer, and business owner. She introduced the term ‘software engineering and became the head of the software engineering division at MIT Instrumentation Laboratory for developing onboard flight software for the Apollo space program. She designed the asynchronous system giving priority to only important functions and rejecting the rest.

Adele Goldberg is a computer scientist known for developing the programming language ‘Smalltalk-80’ and various other object-oriented programmings. She introduced a programming environment of overlapping windows on graphics display screens. She was also involved in designing templates and patterns in modern software. Apple implemented her methods in their Macintosh computers

Francis Elizabeth Allen is a computer scientist best known for her work in the field of optimizing compilers, program optimization, and parallelization. She was known for working on programming language compilers for IBM Research. Allen received the IBM fellow title award, regarded as the highest recognition for scientists, engineers, and programmers for the company. She also introduced many algorithms and implementations for automatic program optimization technology.

Barbara Liskov was a successful programmer who also won the Turing award for developing the Liskov Substitution principle. He has worked on various important projects like the Venus Operating system which is an affordable and interactive timesharing system. The first high-level language ‘Argus’ was created by her and demonstrates the technique of pipelining and Thor, an object-oriented database system. Barbara also led the Programming Methodology Group of MIT.

She was an American computer scientist. She was one of the members of the ten-member team at IBM for the development of FORTRAN, a high-level programming language. She was the only female programmer there. She examined the flow of programs produced by the compilers. She developed the first syntactic analyzer of arithmetic expressions.

Shafrira Goldwasser is an American computer scientist and another winner of the Turning award in 2012 for a number of theories. She is well known for her works in computational complexity theory, cryptography, and computational number theory. She helped in the creation of probabilistic encryption and zero-knowledge proofs, a cryptographical protocol. Currently, she is a professor in the department of electrical engineering and computer science at MIT.

Anita Borg is a reputed American computer scientist and the founder of the Institute for Women and Technology. She is the brain behind the idea of ‘Systers in the year 1987. She worked for Digital Equipment Corporation when she developed a technique for generating, analyzing, and designing a high-speed memory system. Bill Clinton also appointed her as an important member of the Committee on the Advancement of women and minorities in science.