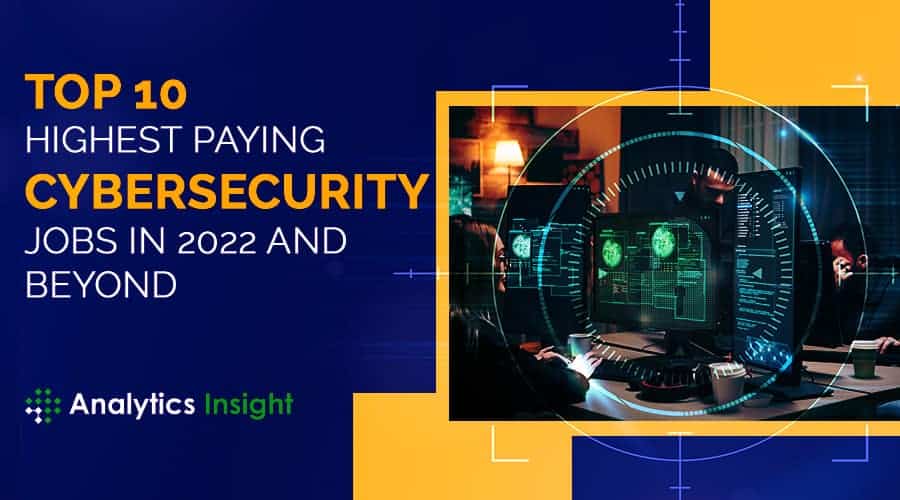 Over eight years tracked by Cybersecurity Ventures, the number of unfilled cybersecurity jobs grew by 350 percent, from one million positions in 2013 to 3.5 million in 2021. For the first time in a decade, the cybersecurity skills gap is levelling off. Looking five years ahead, it is predicted to have the same number of openings in 2025. The world is relying more heavily on technology every day, and digital security is becoming more important than ever as a result. Protecting data, programs and digital assets has become paramount now that everything is stored online. This article lists the top 10 highest-paying cybersecurity jobs in 2022 and beyond.

This is the executive chiefly responsible for an organization’s information and data security; and the bigger the organization, the bigger the pay check. “While a few elite CISO may earn close to US$500,000, many make just a little over US$100,000,” according to the InfoSec Institute, which lists a median salary of US$140,000+.

A cybersecurity architect attains an approximated salary of US$140,835. It defines the role to perform executive-level work designing organization varied networks as well as computer security structural design. Being a bigger-picture job, the designer might also manage information security-related awareness programs such as cybersecurity training, and generate policies.

Information security analysts are “the gatekeepers or security guards of information systems” due to their wide scope of responsibilities related to preventing, monitoring, and responding to data breaches and cyberattacks. The U.S. The Bureau of Labor Statistics reports median pay of US$98,350 and cites the job market for this role growing at 32%, much faster than the average for all occupations.

Penetration testers are the expert who performs this critical role. Many bigger companies are employing permanent staff members or 3rd party workers to penetrate their computer networks to identify and find out the susceptibilities that may be exploited by cyber hackers. Cyberseek made a list of an approximated income for vulnerability and penetration testers at around US$102,000. It claimed that 22 percent of them are in search of an advanced-level degree. On the other hand, the range of salary would be nearly US$130,000 to help identify security flaws in both networks and strategies.

Also known as “bug bounty hunters,” ethical hackers are some of the most crucial and well-paid cybersecurity professionals worldwide. These white-hatted hackers have become more prominent in the last decade, as major companies like Tesla have begun employing them to help fortify their cyber infrastructure. Their average annual wage varies between US$119,289 to US$123,510.

They investigate cyberattacks and make efforts to recognize faults within the system which permit a cyberattack, as well as pieces of evidence left by the cyberattackers. They get an estimated payment of US$85,550.

Network security architects are primarily responsible for building, implementing, and testing networks to ensure compliance with security policies and procedures. The average salary varies between US$130,302 to US$156,857.

Cybersecurity is not just about tech wizards minimizing attack surfaces and fending off hackers, there is also a constant flow of new and innovative technology solutions to be sold. Most coders love coding, but higher pay is prompting some to switch to sales. CSOonline.com reports that top cybersecurity sales engineers are paid annual salaries of between US$180,000 and US$220,000.

It’s defined as a job for best systems analysts and coders who possess leadership expertise, an uncommon variety. As stated by Cybersecurity Ventures, it pays beyond US$226,000, greater than C-I-S-O in several organizations. In that kind of case, innovative software skills, as well as managerial-level soft skills, would add up to a rewarding high-ranking executive opportunity.