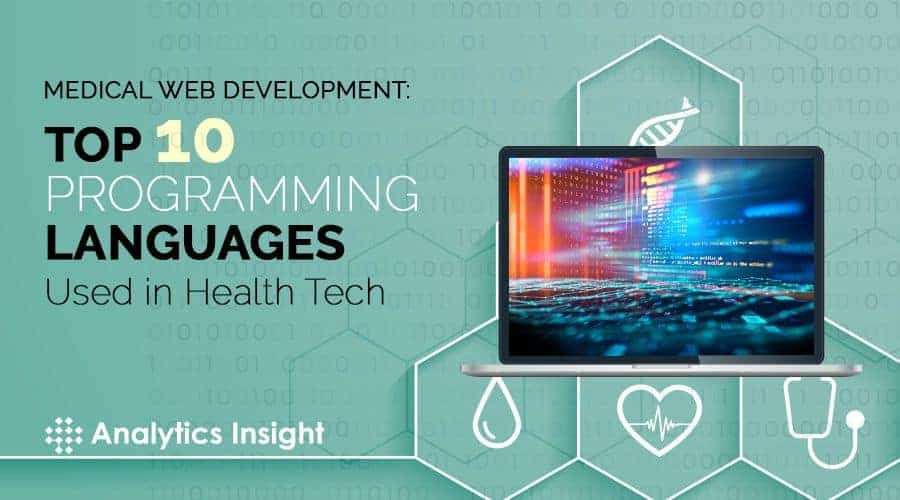 Java is one of the oldest, most common, in-demand computer programming languages in use today. Well, think of some of your favorite web apps and games. Java likely plays a huge role in the code that makes them work. Java’s robustness, ease of use, cross-platform capabilities, and security features make it a language of choice for building an EHR system.

Python is often described as an easy-to-use language. It has a clear syntax, a large community, and a gentle learning curve. By having a very clear and readable syntax, developers can quickly write working code, spending less time fixing bugs and troubleshooting. Python code can run on various operating systems since its interpreters are available for a wide array of platforms.

R was designed by statisticians and was specialized for statistical computing, and thus is known as the “lingua franca of statistics”. As technology improves, the data companies or research institutions collect has become more and more complex, and R has been adopted by many as the language of choice to analyze data. This language is not only open source but also comes with cross-platform compatibility and a community with over 6 million repositories on GitHub.

HTML stands for HyperText Markup Language. Technically, HTML is a markup language, which means that it is responsible for formatting the appearance of information on a website. Essentially, this language is used especially for building websites. Websites help them to acquire new patients, market their services, spread information about the new type of services they are going to give as well as online appointment booking of a particular doctor of the patient’s choice.

Javascript is the programming language that built the internet. Universally known as the language of web developers, JavaScript is a feature-rich object-based scripting language. Featuring asynchronous event handling and crisp syntax, it has found widespread use in the field of web development.

SQL is a special-purpose programming language used to interact with databases. It works by analyzing and understanding databases consisting of fields of data within tables. Many fortune 500 companies have built their high-performance database systems, using SQL to query data and perform analysis. Inserting queries, adjusting data, and modifying the data access makes this language one of the critical skill sets in the Healthcare domain. It helps the administrators to maintain and analyze the stored databases. It also helps in carrying out audits.

The open-source programming language is used for web development to build websites like Yahoo and Facebook. This language can be used with high-level PHP coding skills and write command-line scripts to develop applications.

Swift is one of the top easiest programming languages to write software efficiently. It is known as a safe, fast, and interactive language with an optimized compiler for better performance. It is very friendly to developers that help to write Swift code and produces results immediately.

Kotlin is well-known for its modern, concise, and easy-to-learn programming language for creating powerful applications after learning about it. Developers can get access to multi-platform mobile, server-side, web frontend, and many more. This is one of the easiest programming languages because it is very easy to pick up and compatible with the Java ecosystem.