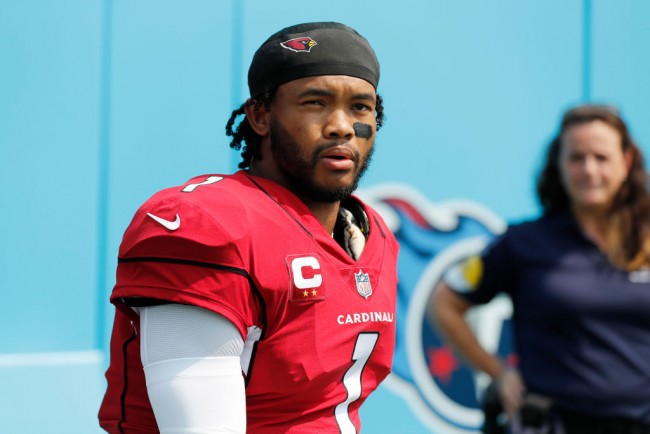 NASHVILLE, TENNESSEE – Kyler Murray of the Arizona Cardinals looks on prior to the game against the Tennessee Titans at the Nissan Stadium on September 12, 2021 in Nashville, Tennessee. (Photo : Wesley Hitt/Getty Images)

Arizona’s 2021 NFL campaign is off to a fantastic start after the Cardinals destroyed Tennessee by 25 points in their Week 1 clash on Sunday. The Cardinals will look to build on that huge victory when they square off with the Minnesota Vikings in an intriguing showdown this coming Sunday.

Who will emerge victorious in this Week 2 clash? Read on below for a preview of the much-anticipated Vikings vs Cardinals matchup.

It’s back to the drawing board for the Minnesota Vikings after they suffered a disappointing 27-24 overtime loss to the Cincinnati Bengals in their season opener. They had no answer for Bengals QB Joe Burrow, who completed 20 of 27 passes for 261 yards and a couple of touchdowns.

The good news for Minnesota is that its passing offense was in full flow despite the narrow loss. The Vikings were the only NFL team in Week 1 with three receivers recording at least 70 yards. Adam Thielen, K.J. Osborn, and Justin Jefferson nabbed 92, 76, and 71 receiving yards, respectively, in the season opener to account for 71 percent of Minnesota’s 336 net passing yards.

All @athielen19 does is score TDs

That will serve the Vikings in good stead ahead of their Week 2 clash against the Arizona Cardinals. However, Kirk Cousins, who completed 36 of 49 passes for 351 yards and two touchdowns in the loss to Cincinnati, will have his work cut out for him against Arizona’s Chandler Jones.

The Cardinals’ outside linebacker wreaked havoc against the Titans in Week 1, recording a career-high five sacks, three of which came in the first quarter. Jones forced two fumbles in that contest, which Arizona turned into 14 valuable points.

The Vikings have a defensive presence in Nick Vigil, who impressed in his debut in Week 1. Vigil became the only player in the NFL in the opening week to record at least 10 tackles and 2.0 tackles for loss.

How about that for a start? Arizona’s season is off to a flyer after the Cardinals hammered the Tennessee Titans, 38-13, in their opening game on Sunday. It was an incredible victory for the Cards, who led wire-to-wire in this contest.

Kyler Murray dazzled in his season debut for Arizona, scoring a total of five touchdowns. He became the first Cardinals player to record four touchdown passes and a rushing touchdown since Charley Johnson accomplished that feat in 1962.

Murray is only just the sixth player in the NFL to produce such a performance in a season opener and the first one since Ryan Fitzpatrick in 2018. This was the fourth game in Murray’s career that he threw at least three touchdown passes and scored a rushing touchdown.

DeAndre Hopkins and Christian Kirk benefited from Murray’s star performance, making two touchdowns apiece in the Week 1 rout. They will look to attack a Vikings secondary that surrendered 217 passing yards and two touchdowns to the Cincinnati Bengals in Week 1.

Arizona wins and covers the spread.

How does Quora use Artificial Intelligence and Machine Learning?